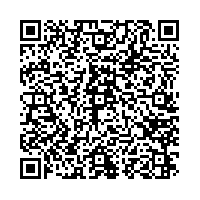 (PresseBox) ( Palo Alto, Calif., 12-07-18 )
VMware today announced that Paul Maritz will be succeeded in the post as Chief Executive Officer of VMware, effective September 1, 2012, by Pat Gelsinger, currently president and chief operating officer, EMC Information Infrastructure Products. Maritz will remain a board member of VMware and will take on a new technology strategist role at EMC. Gelsinger will also be named to VMware's Board of Directors, effective September 1, 2012.

Joe Tucci, Paul Maritz and Pat Gelsinger will participate in a financial analyst conference call today at 1:30 p.m. PT to discuss these executive changes and the opportunity ahead. The call will be broadcast live at http://ir.vmware.com or you may dial-in: 1-800-369-3179, pass code: 0717.

VMware also announced preliminary second quarter results, including record quarterly revenues of approximately $1.123 billion, up 22% over second quarter 2011, versus guidance of $1.100 billion to $1.120 billion, and second quarter non-GAAP operating margins of approximately 32% versus guidance of 30.25% to 31.25%. VMware expects full-year 2012 revenues to be between $4.540 billion and $4.635 billion with non-GAAP operating margins between 30.25% and 31.25%. VMware will discuss further details about its second quarter results and full-year business outlook during its earnings call at 2:00 p.m. Pacific Time on Monday, July 23, 2012.

"VMware has an extraordinary opportunity to help customers transform IT and deliver fundamentally more value to the businesses they serve," commented Paul Maritz, chief executive officer, VMware. "I'm very proud to have been part of an exceptional team of people who have accomplished a great deal over the past four years. VMware has not only transformed current IT practices but is leading in bringing Cloud Computing approaches and infrastructure to enterprises - on-premise and off."

Maritz added, "Pat, with his deep passion for technology and track record, will complement the strong management team that is already in place at VMware, recently strengthened by the promotion of Carl Eschenbach to Chief Operating Officer. This all means that I can devote my time to developing the strategy of EMC as it relates to big data and a new generation of cloud-oriented applications."

Having spent 30 years at Intel before joining EMC, Pat has unique expertise in the x86 architecture and ecosystem underpinning the vast majority of virtualized environments today, which is broadly recognized as the foundation for Cloud Computing. At Intel, Pat was Senior Vice President and Co-General Manager of Intel's Digital Enterprise Group, the company's largest business group accounting for more than half of Intel's annual revenue. Under Gelsinger's leadership, that group was responsible for Intel's enterprise products including clients (PC's), Server, Embedded, Communications, Visualization and Storage products.

Gelsinger said, "The next generation of software defined-datacenters will be built by combining software with standardized hardware building blocks. VMware is uniquely positioned to be the leader in this endeavor and deliver a whole new level of value to customers and its existing important ecosystem partners. For more than ten years I have interacted with the team at VMware and have developed a deep appreciation for the people and technology of this remarkable company. I am really excited about the mission and becoming part of the team."

"In Pat and Paul, we are fortunate to have two world-class leaders," said Joe Tucci, chairman of VMware's Board of Directors. "The strong teams that we now have in place at VMware and EMC allow me to ask Pat and Paul to take on two of the defining challenges and opportunities of the new, unfolding IT era: Cloud Infrastructure and big data. They have unique backgrounds and skills, and I look forward to continuing to work with both of them."

Tucci continued, "I want to personally thank and congratulate Paul for all he's accomplished over the past four years helping transform VMware from a technology leader in virtualization to an industry leader in Cloud Computing, and I'm excited that he'll now be working full time on these new opportunities."