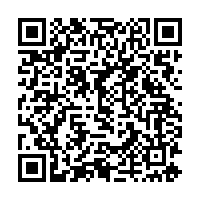 (PresseBox) ( Bergen, Norway, 10-08-12 )
For the first six months of 2010, the Company recorded a 26% revenue growth compared to 2009. All business areas contributed to the positive revenue development, with the strongest growth in BG and MAM. Geographically, the Americas led the growth, followed by a stable growth in Europe. A positive shift in the product mix sold, including a higher portion of new licenses, led to improved margins and operational result.

Martin Burkhalter, Vizrt CEO, commented on the results, "Our results for the second quarter of this year confirm the positive developments we reported earlier in the year. Even though markets have not fully settled, uncertainty has reduced markedly and as a result we anticipate business for the remainder of the year to be solid. Broadcasters are coming back to the table, something that was especially evident in MAM, where more RFPs were put out. What is more, in MAM we are witnessing a clear uptake in activity related to long-term strategic investments, a clear expression that MAM is a must have, a development we have anticipated for some time and we believe is now becoming reality."

Mr. Burkhalter continues: "The overall improvement of the market conditions and in our commercial operations also had a clear effect on our gross margin and bottom line. Especially a change in product mix towards more new licenses in relation to professional services in the MAM area contributed to the reported improvements."

"Our top line results for the second quarter could have been even better, bar for three developments in the market: Firstly, the strong recovery of the US Dollar compared to other currencies and especially the Euro had a significant impact on our top line. Secondly, the effects of the Vulcano eruption in Iceland earlier this year delayed certain sales efforts, affecting our Q2 top line. Finally, the political instability in Thailand, currently one of our more important markets in Asia Pacific and also used as a hub for the region, had a clear negative impact on revenue development in this area."

BG, accounting for 72% of total revenues, led growth in H110 compared to H109. In both Q1 and Q2 2010, a strong recovery in demand for the Company's core BG product line was witnessed with revenues up 33% YoY. We believe our structural changes are starting to yield effect, with regionalization programs further driving BG sales in traditionally underserved markets.

MAM continues to show a strong recovery. For H1 2010, MAM revenues came in at MUSD 9.4, up 31% compared to H1 2009 and up 23% compared Q2 2010 to Q2 2009. The main reasons for the increase in MAM revenues were the general improvement of the market conditions, a growth in RFPs related to strategic investments, our ability to convert a large part of the outstanding RFPs into business for Vizrt and our improved capacity to deliver projects. Furthermore, our competence in delivering integrated workflow solutions is paying dividends, especially where strategic investments are concerned. MAM is the second largest revenue contributor with a share of 20% in H1 2010.

Total operating expenses in H1 2010 were MUSD 26.9, up 12% compared to the same period LY. The increase is mostly due to the regionalization efforts the Company has been implementing since late 2009. Both R&D and the Sales Organization are focused on developing, marketing and selling our integrated workflow solution offering across the three product lines. Developing and building such competence in the three global regions carries associated costs, which we expect will start paying off in the coming years. However, Q210 OPEX is down MUSD 0.4 (-3%) compared to Q110. This decrease in OPEX is mainly attributed to currency exchange rates.

Martin Burkhalter, CEO of Vizrt, stated, "The positive trends we signaled in our previous results releases continue to hold true. Improvements in the general market conditions, combined with technology driven change, such as the migration to HD and to file based workflows, contributed to the strong growth we posted. Our efforts to strengthen and integrate our operations at the regional level are also starting to pay dividend. For the remainder of this year we therefore expect this development to continue, especially in BG and MAM."

"We continue to invest in our technological and organizational development, which means that in the short term our operating costs vs. revenue will be slightly higher than in pre-crisis times. However, we are making these investments with a view of the future where we foresee continuing substantial changes in the digital media universe that require an innovative and regionally focused organization. Parts of our investments are in low cost countries where incredible talent is available to help us remain a step ahead of both market developments and the competition while at the same time working to improve our margins."

"In summary, we believe that the recovery in the markets, combined with our strong product offering, positions us well to continue our growth path towards the revenue and margin levels we achieved prior to the economic down turn. We have a strong and very dedicated organization, are financially sound and have an impressive product portfolio. This allows us to continue to strengthen our market position and help our customers to meet the challenges and opportunities in the rapidly changing digital media world."