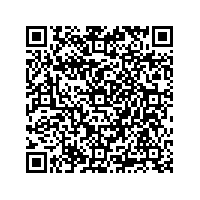 Vita 34 AG (WKN A0BL84) continued its growth trend successfully in fiscal year 2016. Sales revenues increased by 15.0 percent to EUR 16.3 million following EUR 14.2 million the previous year. The positive revenue trend can also be attributed to the successful integration of the companies acquired in 2015, as well as the geographic expansion of Vita 34 in new markets. Vita 34 was able to further expand its position as the second largest umbilical cord blood bank in Europe in the past fiscal year.

The EBITDA margin of 14.1 percent was significantly higher than the target range of 8 to 12 percent for fiscal year 2016.

EBITDA in the reporting period was EUR 2.3 million (fiscal year 2015 adjusted for one-time acquisition-related effects: EUR 0.8 million). EBIT of EUR 0.8 million was also clearly higher than the prior year’s value, which adjusted for one-time acquisition-related effects was EUR -1.5 million. The improved profitability was also reflected in a disproportionally higher gross profit of EUR 8.6 million, which exceeded the prior year’s value of EUR 6.5 million by 32 percent.

The balance sheet total as of the closing date was EUR 43.4 million (prior year: EUR 42.8 million). The equity ratio of 54.5 percent remained nearly unchanged (prior year: 54.3 percent).

"These key indicators document the success of our Buy and Build strategy, which is targeted towards realizing synergies and economies of scale. We were able to complete the integration of the acquired companies to a great extend, we have secured our position as market leader in the DACH countries [Germany, Austria, Switzerland], and have clearly expanded it amongst the top 10 umbilical cord blood banks worldwide. With the increasing successes and advances of this strategy, the company is on the right path," commented Dr. Andre Gerth, Chairman of the Management Board of Vita 34 AG, which is publishing preliminary figures for fiscal year 2016 today.

The number of newly stored stem cell deposits from umbilical cord blood and tissue has also increased significantly in the course of external growth. It rose to a total of 155,000 stem cell deposits as of the end of 2016 (prior year: 145.000). Apart from organic growth in the existing markets, another contributing factor was that the company successfully pursued its internationalization. Vita 34 obtained its first access to the market in the Middle East via new cooperation partners in Dubai and Lebanon. Thanks to cooperation with the Chinese technology company AVIC biology, which foresees the joint construction of a stem cell bank in Yinchuan, in accordance with the highest standards of quality, Vita 34 is now also active in the most populous economy in the world and the most attractive market in Asia. The company became active in Norway for the first time during the past fiscal year via StemCare ApS, which was acquired in 2015. Vita 34 is now represented in 28 countries worldwide apart from Germany.

A series of additional measures that were implemented in fiscal year 2016 are ensuring the successful continuation of the growth course set. This includes the introduction of the "VitaMeins&Deins" [VitaMine&Yours] product, where the umbilical cord blood collected at birth is divided into a personal deposit for the child and a second deposit as a donation, if there is enough volume. In this way the product combines the advantages that a stem cell deposit offers, with the possibility of a donation. The high level of demand for this new product shortly after its market launch documents the success of Vita 34 development activities.

Dr. André Gerth provided the following outlook for the current fiscal year. "The year 2017, in which we will celebrate our 20th anniversary, will be characterized by the further integration of our subsidiaries. We will pursue our expansion course consistently. We want to expand our market presence in the DACH region more strongly and sustainably solidify our leading market position. At the same time, the Management Board proposes to pay a dividend in the amount of EUR 0.16 per share for 2016."

Overall, the Management Board of Vita 34 expects an increase in revenue of 7 to 10 percent and a continuing stable and high EBITDA margin of some 15 percent thanks to the expansion of the sales regions and even greater penetration of existing markets. Total operating revenues in the current year are expended to be at the prior year’s level, corrected for special effects, which is equivalent to an increase of approx. 3 percent.

All figures correspond with the preliminary status of the annual audit and may change slightly after the audit operations have been concluded. The complete Annual Report 2016 will be available for download as of 30 March 2017 on the Internet at www.vita34group.de in the Investor Relations section.

Vita 34 was founded in 1997 as the first private umbilical cord blood bank in Europe and, as a complete provider, offers collection logistics, preparation and storage of umbilical cord blood. The basis for its successful work is an outstanding position in the technological segment of cryo-preservation. Here, cells and tissue are preserved alive at some -190ºC for long periods of time, and can be used if needed in the context of medical treatment. More than 155,000 customers throughout Europe are already taking advantage of this offering and have provided for their children with a stem cell deposit at Vita 34.