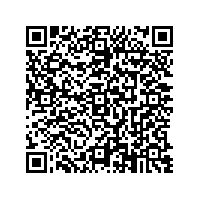 Subscribe to news
(PresseBox) ( Dorfen, 09-06-29 )
Dr. Thomas Buer was appointed as Managing Director of UTS for Germany and Europe in course of the expansion of UTS' management team and its increasing global focus. Dr. Buer will start his managing position in Hallbergmoos as of July 1, 2009.

Dr. Thomas Buer received his PhD in Aachen at the Institute of Environmental Engineering, where he first was employed as a research assistant and later as chief engineer working with Professor Dohmann. Early in 2004 Dr. Buer joined the ZENON Inc. - the world's leading membrane technology company, which was founded by Dr. Andrew Benedek and since 2006 has been owned by GE Water - with assignments in North America and Europe. Between 2005 and 2007, Dr. Buer was managing director of ZENON GmbH in Germany and North-West Europe before being appointed as global leader for technology and product development UF/MBR for GE Water & Process Technologies, headquartered in Ontario, Canada.

"I am very much looking forward to my new challenges at UTS," says Dr. Thomas Buer about his new assignment. "After two difficult years for the biogas industry, the market is growing again in 2009. Looking ahead, UTS will - next to Germany - also focus on new growing markets in Europe and America. Dr. Andrew Benedek and the Management Team of UTS successfully set the course for the next important steps. This includes the establishment of an excellent and highly motivated sales team for the national and international markets led by Ludwig Dinkloh, which already secured new purchase orders for exciting biogas projects in Germany, the Czech Republic, Hungary and Italy. This investment in the geographical expansion was closely matched by a major team effort under the leadership of Matthias Rabener on updating of the biogas products and the development of farm waste processing products, such as the recently launched Screw Press Separator."

With the expanded Management Team, Dr. Andrew and Dr. Diana Benedek will shift their focus and continue with the expansion of the company, especially in North America, as of July 2009.

With more than 1,500 equipped biogas plants, UTS Biogastechnik GmbH is one of the world's leading biogas companies. The UTS group of companies offer services in the planning, construction, delivery and installation of biogas plants and their key components. The company has its own production facilities and service shops, technical design and development departments as well mechanical and biological customer service for its international client base. UTS also develops and sells specialized mixers, pumps and a variety of solid/liquid separating devices related to the biogas and agro/food markets. The company is headquartered near Munich, Germany with subsidiaries in different parts of Germany as well as in Italy, the Czech Republic, Hungary, Spain and also in the United Kingdom & Ireland.