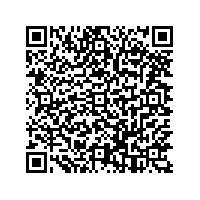 European consumers have strong intentions to improve their garden

(PresseBox) ( Rotterdam, 13-05-02 )
The garden season recently started in most parts of Europe. For many consumers this is the period to improve their garden. More than half of the European residents have a garden. About 40% of the European consumers with a garden has plans to invest in their garden in the coming six months. The amount of money that these consumers would like to spend on their garden differs across the countries. In general consumers, with plans to improve their garden, expect to spend € 380 on average. This means that in the upcoming 6 months, 15 billion will be spend in the 13 European countries which are included in the research. These are some of the results of the European Home Improvement Monitor, a monthly study among 12,000 European consumers on a yearly basis.

Relatively many gardens in Belgium, The Netherlands and U.K.

The majority of the European consumers have a garden. Especially in the Netherlands, Belgium France and U.K. relatively many people have a garden. In the European countries about 40% of consumers who have a garden, have plans to invest in changing their garden in the next six months. This could be small improvements (for example planting new flowers and trees) or large improvement jobs (for example renew paving, placing a shed etc.). On average European consumers with plans to improve their garden are expecting to spend approximately € 380 in the upcoming six months to improve their garden. This amount includes buying products and hiring professionals. Countries with relatively less gardens are Poland and Spain. However in Poland half of the people who live in a home with a garden has plans to invest in it. More insights per country and exact spending to the garden per quarter are given in the European home improvement monitor.

The European residential new build market currently has limited growth potential. Due to the economic recession the new build volumes have dropped dramatically. The renovation and refurbishment sector on the other hand has become relatively important with an estimated value of € 320 billon and it is expected its importance will grow. There is a lot of information available about the DIY market and the renovation market in the professional segment. However, there's no source that gives insight in the size of the total home improvement market, so both jobs done by consumers and professionals, and the main trends in this market. The European Home Improvement Monitor is the first research that monitors the market size and main trends in the European home improvement market on a continuous basis.

Each month 1.000 successful interviews are conducted across Belgium, Germany, France, Italy, Poland, Spain, the Netherlands and the United Kingdom. In addition, the regions Scandinavia and Austria-Switzerland are also included in the research. This means that 12.000 interviews are conducted among European consumers on a yearly basis. The results from this research are reported in on a quarterly basis and show the development of the market in terms of purchase volume and purchase channels. Furthermore, each quarter in-depth insight is given in topics which are actual in the market.