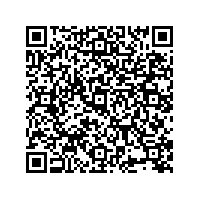 Figures published today for the first quarter of 2013 reveal that United Internet AG is continuing its growth course as Europe's leading internet specialist. There were strong improvements in sales, the number of customer contracts and key earnings ratios. At the same time, the company once again invested heavily in the establishment and development of new business fields in order to tap sustainable growth potential for the future. With the interim results achieved in the first quarter of 2013, United Internet is well on course to meet the targets set for 2013 as a whole.

Development of the Group

In the first quarter of 2013, consolidated sales of United Internet AG were increased to EUR 629.7 million - representing year-on-year growth of 9.2%.

Despite further heavy investments in new business fields - albeit at a lower level thanks to rising customer figures (EBITDA-effective start-up losses of EUR 28.7 million in the first quarter of 2013 compared to EUR 36.4 million in the previous year) - United Internet also succeeded in significantly improving its earnings figures: earnings before interest, taxes, depreciation and amortization (EBITDA) rose by 29.5%, from EUR 70.5 million last year to EUR 91.3 million. Earnings before interest and taxes (EBIT) climbed 41.4%, from EUR 48.3 million in the previous year to EUR 68.3 million. Earnings per share (EPS) improved by 53.3%, from EUR 0.15 to EUR 0.23.

Strong free cash flow underlines the entire Group's ability to generate high levels of cash - while at the same time achieving rapid and qualitative growth. Despite consistently high start-up losses in new business fields, this figure was well above the prior-year level (EUR 11.0 million) at EUR 76.9 million - due also to effects as at the reporting date.

“With the figures for customer contracts, sales and earnings reached in the first quarter of 2013, we are well on course to meet our targets,” commented Ralph Dommermuth, CEO of United Internet, and added: “Against this backdrop, we can also confirm our forecast for 2013 as a whole and continue to expect an increase in fee-based customer contracts of around one million and sales growth of about 10%. We also forecast a strong rise in earnings: EBITDA from established business fields is expected to reach around EUR 500 million in 2013. We shall use around 20% of this amount (approx. EUR 100 million) to finance start-up losses from the further expansion of our new business fields (1&1 My Website and De-Mail). Our EPS figure is expected to rise strongly to EUR 1.00 – EUR 1.10.”

The report on the first three months of 2013 and an overview of all key performance indicators can be accessed at www.united-internet.de in the Investor Relations / Publications section.