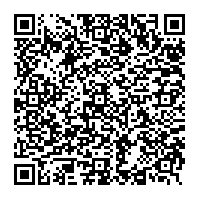 Subscribe to news
(PresseBox) ( Boca Raton FL, 10-08-18 )
Mr. McNamara has over 30 years of oil and gas exploration and production experience in Canada, the USA, South America, and the Asia Pacific region. He received his MBA from the University of Calgary in 1988, and a B.Sc. in Mining Engineering from the University of Alberta in 1976. Mr. McNamara is a Member of the Association of Professional Engineers, Geologists and Geophysicists of Alberta and past Governor of the Canadian Association of Petroleum Producers. From August 2005 to August 2010, he was the President of BG Canada and responsible for all aspects of BG Canada's business, including developing a growth strategy for western/northern Canada as well as Alaska. Prior to that he held several senior executive positions with Exxon Mobil/Imperial Oil Resources, Exxon Mobil Canada Energy Ltd. and Mobil Oil Canada.

Mr. Verne Johnson, Chairman comments "We are pleased that we have found Glenn McNamara, a world class industry executive, who has an exceptional track record in both international and domestic exploration and production. The addition of Mr. McNamara completes the assembly of a world class management team for Petromanas."

Mr. Johnson who has been acting as Interim Chief Executive Officer, will resign this position upon Mr. McNamara's appointment. Mr. Johnson remains the Chairman and a director of the Company.

Mr. McNamara joins Hamid Mozayani, COO and Bill Cummins, CFO who have been previously announced, to complete the senior executive team of the Company. Mark Cooper, Senior Exploration Advisor also announced previously, continues to apply his expertise in sub thrust exploration. They will lead the Company's strategy forward to realize on the remarkable exploration potential which has been assembled in Albania. The headquarters for the Company will be relocated to Calgary, Alberta.

Petromanas granted Mr. McNamara options to purchase an aggregate of 3,000,000 shares at an exercise price of $0.40 per share for a period of ten years from the date of grant with vesting terms over a 3 year period.

Petromanas is an international oil and gas company focused on the exploration and development of its assets in Albania that possess worldclass resource potential.

Petromanas, through its whollyowned subsidiary, holds three Production Sharing Contracts ("PSCs") with the Albanian government. Under the terms of the PSCs,

Petromanas has a 100% working interest in six onshore blocks (Blocks A, B, D, E, 2 and 3) that comprise more than 1.7 million acres across Albania's Berati thrust belt.