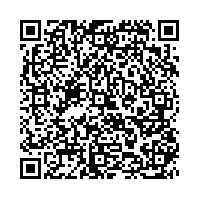 Subscribe to news
(PresseBox) ( Baar, Switzerland, 10-11-09 )
Manas Petroleum Corporation (OTCBB:MNAP) ("Manas" or the "Company") is pleased to announce that Petromanas Energy Inc. ("Petromanas") has completed the 2D seismic operations on Blocks D and E of its Albanian exploration project without incident. Manas, through its subsidiary DWM Petroleum AG as previously announced, owns approximately 32.36% of the issued and outstanding shares of Petromanas.

The 105 km of 2D seismic acquired on Blocks D and E fulfills the work commitments for the first exploration phase on those blocks. The interpretation of this new data and correlation with existing data should improve the quality of the existing prospect inventory and allow the Petromanas geoscience team to reduce the exploration risk and high grade its exploration prospects.

Petromanas continues as planned with its seismic operations on Blocks 2 and 3, which it anticipates will be completed by early 2011. All operating licences and permits have been received, surveying and drilling operations for seismic shots are underway. This program includes 140 km of 2D seismic survey and will provide valuable data near the Spiragu discovery which was drilled in 2001. The majority of the seismic work will be carried out with heliportable rigs and the remainder through conventional shallow drilling rigs.

In conjunction with the seismic work, Petromanas has announced that it is re?evaluating the unrisked resource assessment which was prepared on December 15, 2009 by Gustavson Associates LLC based on the seismic, geology and limited well data that was available at the time. In the normal course of the current geophysical and geological ("G&G") work, Petromanas intends to evaluate the risked resource potential which, as a result of incorporating risk assessments and new data, it expects will be lower than the un?risked resource potential numbers presented in the 2009 Gustavson report.

Petromanas plans to conduct the G&G analysis through year end as the new seismic data becomes available. It anticipates that an updated independent resource evaluation report will be prepared early in 2011. It also intends to update resource estimates as it acquires new data from seismic programs and drilling operations.

Petromanas has also announced that the geological work conducted to date has further confirmed the significant potential of the Petromanas acreage and the exploration prospectivity of both the shallow and deep prospects. Once Petromanas has the necessary data, it has announced that it anticipates that some of the deep target plays will be farmed out to industry partners. Petromanas remains on schedule for the planned completion of the seismic program leading to a drilling campaign in 2011.

Petromanas is an international oil and gas company focused on the exploration and development of its assets in Albania that possess world-class resource potential. Petromanas, through its wholly-owned subsidiary, holds three Production Sharing Contracts ("PSCs") with the Albanian government. Under the terms of the PSCs, Petromanas has a 100% working interest in six onshore blocks (Blocks A, B, D, E, 2 and 3) that comprise more than 1.7 million acres across Albania's Berati thrust belt. Recently, George Soros - a billionaire investor, Endeavour Mining Corp - with a merchant bank division, Peninsular Merchant Bank and Columbia Wanger Asset Management have all made big investments. Together they own about 25% of the company. Manas Petroleum, being the largest shareholder of Petromanas, currently holds 200,000,000 shares or 32.6% of the company.