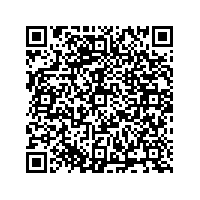 Manas Financial and Operational Results as of June 30, 2010

Subscribe to news
(PresseBox) ( Baar, 10-08-17 )
Manas Petroleum Corp. ("Manas") (OTCBB: MNAP) is pleased to announce that it has filed on EDGAR and on SEDAR its quarterly report on Form 10?Q for the quarterly period ended June 30, 2010. The complete document can be viewed at either www.sec.gov or www.sedar.com.

For the six months period ended June 30, 2010 our operating expenses decreased to $4,989,167 from $5,043,161 reported for the same period in 2009. This is a decrease of 1% or $53,994. Lower personnel costs were offset by higher exploration costs, increased consulting fees and higher legal, audit and accounting fees.

Net cash inflow from investing activities of $11,640,339 for the six months ended June 30, 2010 has increased from a net cash inflow of $4,976,899 in the comparable period for 2009. This increase is mainly attributable to proceeds from sale of investment of $10,765,810. In the comparable period of the previous year $5,000,939 through the reduction of the bank guarantee in Albania and the reduction of the amount on the escrow account in Mongolia positively affected our cash inflow from investing activities.

Manas Petroleum is an international oil and gas company with primary focus on exploration and development in south-eastern Europe, Central Asia and Mongolia. In Albania, Manas participates in a 1.7 million acre exploration project through its equity interest in Petromanas Energy Inc., a Canadian public company. In Kyrgyzstan, Manas has signed a US $54 million farm-out agreement with Santos International Holdings Pty Ltd., a subsidiary of Australia's third largest oil and gas company. In addition to the development of its Kyrgyzstan project, Santos is developing the company's neighboring Tajikistan license under an option farm out agreement. Manas is also developing its Mongolian project, where it has begun a major 2D-seismic program; this project is located adjacent to one of China based Sinopec's largest producing oilfields.