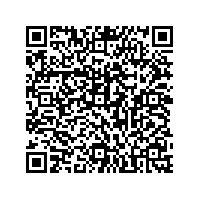 The increase in revenue and profitability for the 2010 quarter and six month periods was attributable to higher prices realized from oil and gas sales during the 2010 periods coupled with increased volumes resulting from new wells brought onto production in Colombia and production from our Colombian properties for the full 2010 periods as compared to the 2009 periods when production from our principal Colombian properties was shutin, due to market conditions, for a total of 52 days spanning the first and second quarters.

Mr. John F. Terwilliger, President and Chairman of Houston American Energy, stated, "Houston American Energy has continued to benefit from strong results in our Colombian operations together with a more favorable pricing environment. Our operations have recovered nicely from the difficult operating environment that prevailed during the first half of 2009, with revenues growing 572% for the 2010 second quarter compared to the 2009 quarter and 651% for the 2010 six month period compared to the 2009 six month period. Our revenue growth reflects increases in production volumes of 441% for the current quarter and 406% for the six month period, which, in turn, reflects our drilling successes, adding five new producing wells since June 2009, and production from our Colombian wells for the full 2010 periods while 2009 production volumes reflected the temporary cessation of production due to a severely depressed pricing environment.

We continue to be very bullish on Colombia, in general, and our Colombian holdings, in particular. We are moving forward on pace with our plans to drill our Serrania and CPO 4 prospects and, since quarter end, have increased our interest in the CPO 4 prospect to 37.5%. We continue to enjoy a strong balance sheet with no debt and with ample cash balances and operating cash flows to fund our anticipated drilling costs on each of our Colombian prospects. As previously announced, we continue in our efforts to market selected older prospects in Colombia with a view to monetizing a portion of our holdings and utilization of funds from such efforts to support our most attractive prospects. With our higher interest in CPO 4 and other recent prospects acquired in Colombia, we continue to focus on growing our reserves and production as our newer prospects are drilled over the next year."

Based in Houston, Texas, Houston American Energy Corp. is an independent energy company with interests in oil and natural gas wells and prospects. The company's business strategy includes a property mix of producing and nonproducing assets with a focus on Colombia, Texas and Louisiana. Additional information can be accessed by reviewing our Form 10-Q and other periodic reports filed with the Securities and Exchange Commission which can be found on our website at www.houstonamericanenergy.com.