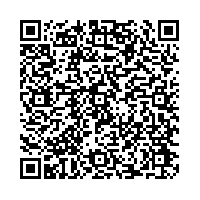 Subscribe to news
(PresseBox) ( Hamburg, 09-03-12 )
UMS United Medical Systems International AG (UMS/ ISIN DE0005493654) is once again reporting higher revenues and earnings for the year. Amid a global market glut, UMS bucked the overall trend in 2008 with this positive performance, and with earnings of EUR 0.52 per share decisively beat the revised expectations it published in November.

According to preliminary currency-adjusted figures under IFRS, UMS's revenues and earnings increased significantly. On a dollar basis, revenues climbed from USD 49.7 million in 2007 to USD 52.1 million in 2008. However, because of the euro's continued appreciation against the dollar, as reflected in the average exchange rate for the year, the Company's successful business performance is not fully reflected in the preliminary IFRS figures on a euro basis. In euro terms, UMS posted revenues of EUR 35.7 million, following EUR 36.2 a year earlier. Adjusting for the distortion from currency effects, revenues actually grew by 5%.

The strongest growth was reported by the Urology segment, where revenues expanded by 6% to EUR 24.7 million on a currency-adjusted basis. Revenues in the Gynecology segment increased 4% to EUR 9.4 million after currency adjustments.

Based on preliminary consolidated figures, EBIT amounted to EUR 10.9 million in the year under review, versus EUR 10.5 million the year before. Adjusted for currency effects, EBIT thus was up 3%. Consolidated net income notched a 15% gain on a currency-adjusted basis and stood at EUR 8.3 million, up from EUR 7.2 million in the previous year. After deduction of minority interest, earnings per share (EPS) climbed 27% to EUR 0.52. EPS for 2007 was EUR 0.41. The equity ratio improved further in the reporting year, advancing to 62%.

UMS anticipates continued revenue growth for fiscal 2009 and is projecting consolidated revenues of around EUR 38 million. The company also expects additional growth in its earnings per share to around EUR 0.60.