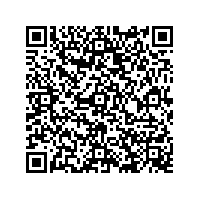 (PresseBox) ( Berlin, 17-05-10 )
Improved oilseed supply in major importing EU-28 countries has trimmed demand for sunflowerseed. Because of this, the EU-28 could again become a net exporter in 2017/18. The Community's small rapeseed crop had sent up demand for oilseeds, including sunflowerseed, in 2016/17. Imports climbed to just about 700,000 tonnes, whereas exports shrank to 400,000 tonnes. The IGC estimates the coming marketing year's imports to drop to 418,000 tonnes. At the same time, the sunflower crop is expected at 9 million tonnes and export potential for 2017/18 is currently seen at 470,000 tonnes. Global trade in 2017/18 is projected at 1.9 million tonnes, down 200,000 tonnes from 2016/17. According to Agrarmarkt Informations-Gesellschaft mbH (AMI), the reduced demand from the EU-28 will lead to a decline in exports in other countries, with Ukraine projected to see the largest drop at 44 per cent to 125,000 tonnes.