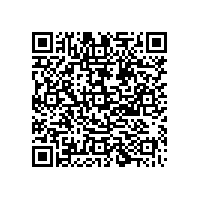 Rainbow Six Siege:
- One of the industry's top-ten best-selling titles over the last five years2
- Q1 player engagement and PRI up year on year
- Agreement signed with Neowiz to make Rainbow Six Siege available in PC bangs3 in South Korea

The Division® 2: the industry’s biggest hit since the beginning of the year4

Games for Change Awards: Ubisoft won three G4C awards, including the Industry Leadership Award in recognition of how its "longstanding dedication to social impact and the positive power of games has proven to inspire many individuals all around the world.”

Yves Guillemot, Co-Founder and Chief Executive Officer, said "Our first-quarter net bookings came in well above target, thanks to the very robust performance of our games ‒ notably Rainbow Six Siege and Assassin’s Creed Odyssey ‒ and a very strong increase in player recurring investment for PCs and consoles, led by record-high engagement levels per player. As well as this very good start to the fiscal year, the positive reception for our games at E3 has confirmed our full-year expectations. Ghost Recon Breakpoint was highly visible among content creators and earned a record-high sentiment score out of all E3 games. Watch Dogs: Legion made a huge impression thanks to its innovative gameplay, putting the franchise back in the spotlight. Our games line-up for fiscal 2019-20 – which also includes Rainbow Six Quarantine and Gods & Monsters – is one of our strongest in the last five years.

In the coming years, Ubisoft is ideally positioned to seize the many value creation opportunities that lie ahead and therefore to generate strong revenue growth and further increase its profitability.”

The Group presents indicators which are not prepared strictly in accordance with IFRS as it considers that they are the best reflection of its operating and financial performance. The definitions of the non-IFRS indicators are provided in an appendix to this press release.

Ubisoft is standing by its full-year targets of:
- Net bookings of around €2,185 million.
- Non-IFRS operating income of around €480 million.

Games for Change Awards: At the Games for Change festival, which took place in New York from June 17 to 19, 2019, the Ancient Egypt Discovery Tour mode of Assassin's Creed Origins won both the Best Learning Game Award and the People’s Choice Award. Ubisoft also received the first-ever Industry Leadership Award in the history of Games for Change, recognizing the social engagement and positive power of all of the Ubisoft studios to inspire the industry to go further.

This press release may contain estimated financial data, information on future projects and transactions and future financial results/performance. Such forward-looking data are provided for target purposes only. They are subject to market risks and uncertainties and may vary significantly compared with the actual results that will be published. The estimated financial data have not been audited by the Statutory Auditors. (Additional information is specified in the most recent Ubisoft Registration Document filed on June 7, 2019 with the French Financial Markets Authority (l’Autorité des Marchés Financiers)).

Ubisoft is a leading creator, publisher and distributor of interactive entertainment and services, with a rich portfolio of world-renowned brands, including Assassin's Creed, Far Cry, For Honor, Just Dance, Watch_Dogs, Tom Clancy's video game series including Ghost Recon, Rainbow Six and The Division. The teams throughout Ubisoft's worldwide network of studios and business offices are committed to delivering original and memorable gaming experiences across all popular platforms, including consoles, mobile phones, tablets and PCs. For the 2018-19 fiscal year, Ubisoft generated net bookings of €2,029 million. To learn more, please visit www.ubisoftgroup.com.

© 2019 Ubisoft Entertainment. All Rights Reserved. Ubisoft and the Ubisoft logo are registered trademarks in the US and/or other countries.

Titans in Mining: An Interview with Rick Rule, Part I

Auryn to Raise $10 Million and to Amend Bridge Loan