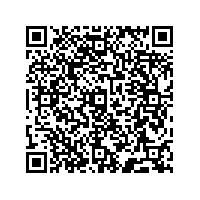 transoflex Schnell-Lieferdienst has extended, further systemised and standardised its quality management systems. "As a result, our customers can now benefit from faster customs procedures, while we have created a new basis for the continuous improvement of our ecomanagement system", says Wolfgang Weber, Managing Director of transoflex, summarising the most important effects of the company's work in this field. Amongst other things, the relevant customs office has awarded transoflex Schnell-Lieferdienst the status of an Authorised Economic Operator (AEO). In addition to this, the firsttime certification to the international DIN EN ISO 14001:2009 ecomanagement standard enabled the company to implement its longstanding strategy for sustainable and environmentally friendly logistics in the existing quality management system. At the same time, a corresponding recertification has taken place to confirm the compliance of transoflex's quality management with ISO 9001:2008 as well as the Good Distribution Practices (GDP), which play an important role for the pharmaceutical industry. In addition to this, the company's locations in Munich and Weinheim were awarded a certificate on compliance with the Safety and Quality Assessment Systems (SQAS), which are relevant for providers of logistic services for the chemical industry.

The status of an Authorised Economic Operator is an increasingly important quality feature that is associated with enormous benefits in the international transport business. The AEO processes were introduced within the scope of changes in the provisions of customs law following the terrorist attacks of 9/11 in order to increase safety and security in international trade. For a company to become an Authorised Economic Operator, it has to be extraordinarily reliable and trustworthy. Thus, an AEO, when going through safety and securityrelevant customs controls, can benefit from simplified processes in accordance with the provisions of customs law. In order to be granted this authorisation, an assessment takes place to verify the company's compliance with customs provisions, its administration of business and transport documents, its management of processes and documents as well as its solvency. transoflex's certification can be viewed in the European Commission's AEO register published under http://ec.europa.eu/taxation_customs/dds/cgi-bin/aeoquery?Lang=DE.

Ecomanagement in accordance with ISO 14001

Following the firsttime certification to the international ISO 14001 environmental standard, transoflex has now systemised its varied environmental efforts and put them on a joint basis. "Making use of the structure that we already knew from Quality Management in accordance with ISO 9001, we have documented the current status and are now able to address further improvements more specifically and facilitate the process of measuring progress and success", says Wolfgang Weber. Already several years ago, for example, transoflex initiated a comprehensive campaign to support the reduction of CO² emissions. Within the scope of this programme, the company, wherever possible, uses geothermia, when setting up the heating and cooling systems of new distribution centres. The modern fleet of vehicles is one of the most ecofriendly of its kind in Germany and stateoftheart environmental technology is used in all vehicles. In addition to this, the logistic Group is the first supplier network in Germany to use electricity generated exclusively from renewable energy sources, has developed a CO² reduction initiative, set up a companywide CO² balance in accordance with the Greenhouse Gas Protocol and offers its customers the complete compensation of CO² emissions caused by transoflex shipments.

This month saw transoflex going through the successful recertification to the ISO 9001 quality management standard. An important supplement to this certificate is the compliance with the GDP guidelines, which was also confirmed. The GDP support the implementation of the guidelines for the Good Distribution Practices of Drugs (94/C 63/03), making it possible for transoflex to excellently meet its pharmaceutical customers' demanding requirements. Last but not least: the company's locations in Munich and Weinheim were awarded a certificate to confirm full compliance with the Safety and Quality Assessment Systems (SQAS), a standard that plays an important role for the provider of logistic service for the chemical industry. "The comprehensive recertifications and additional examinations, which we again passed without any problem, show that transoflex has really internalised the concept of Quality Management", explains Wolfgang Weber. "For the customers that we serve, the quality of our services is the beall and endall. We believe that this is what sets us apart from our competitors and will be the basis for future success".