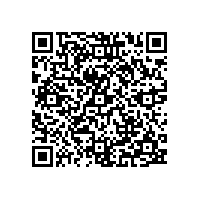 "This major release sets Storyboard Pro apart and delivers features that make it the tool of choice for all digital storyboard projects" shared Joan Vogelesang, President and Chief Executive Officer at Toon Boom.

Content Creation Tools
- Extended set of Tools and Tool Properties
- Fast creation and reuse of brushes with specific settings
- Easy creation of custom brushes using a stroke or a series of strokes
- Practical setting of separate colours for Brush, Pencil and Paint tools
- Convenient selection of strokes based on the current colour selection
- Extended rich text support for captions
- Convenient addition of sketch captions on a panelbypanel basis

Toon Boom carries userfriendly animation applications for all and develops new geographies to make the animation community as global as can be. In that market segment, Toon Boom caters to the needs of children, home users, creative professionals as well as students, educators and schools.

In 2005, Toon Boom was granted the Primetime Emmy® Engineering Award by the Academy of Television Arts & Sciences for its significant contribution made to the animation industry targeted for television. In 2006, the IT Federation of Quebec (FIQ) awarded an OCTAS 2006 in the Multimedia - educational and cultural sector category, for Toon Boom Studio. In 2007, FIQ awarded an OCTAS 2007 in the Technological Innovation category, for Toon Boom Storyboard Pro.