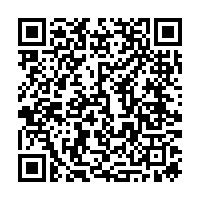 (PresseBox) ( Bestwig, 10-10-28 )
TITAL GmbH, specialist for titanium and aluminum investment castings, strengthens its cutting edge regarding innovative product development processes for the aerospace industry. Using topology optimization and conversion in the investment casting process, the company located in Germany was able to reduce the weight of a titanium component by 30 percent. When using topology optimization the casting body mass is distributed in an optimal way within a determined space. Therefore the mechanical properties remain unchanged. Topology optimization also facilitates a considerable reduction of assembly time which results in cost savings of up to 20 percent. This enormous savings potential was realized during a joint project for a pylon component. TITAL's partners on this project were the Engineering Society for General Mechanical Engineering ("Ingenieurgesellschaft für Allgemeine Maschinentechnik" (IAMT)) located in Ludwigsfelde, Germany, and the fourth largest aircraft manufacturer worldwide, EMBRAER from Brazil.

In 2009, TITAL and the IAMT started further development of an EMBRAER pylon component. The original part, which consisted of three individual components, underwent a comprehensive computer analysis by the IAMT team. Michael Kersting, the responsible sales manager for EMBRAER at TITAL: "With a special calculation program all external requirements which affect the component including strength, stress and pressure were simulated." As the next step a FE-model (finite element model) was generated with a structure comparable to the human skeleton. Here the original part that was reduced to its indispensable components is illustrated. The component body mass is distributed in an optimal way in the FE-model and only the mechanically essential elements are shown.

However, this reduced component type is not suited as a production model. "We then had to add the integrated mounting parts and feeds to the FE-model so that the part could be built into the plane without any problems. This step was recorded in a CAD model", explains Michael Kersting. Based on this CAD-model TITAL produced a one-piece component using the investment casting process which was much lighter than the original component due to omitting fittings, rivets and nuts. Using this process, several assembly steps (installing fittings, placing rivets) were left out resulting in an overall cost savings of more than 20 percent. Michael Kersting: "At the same time the new component still features the same mechanical properties and the same stability as the heavier original version."

At the upcoming AIRTEC international aerospace supplier conference, which is held in Frankfurt in early November, Michael Kersting will present the results of the joint project in a lecture. Philipp Jerusalem, Director Sales and Marketing at TITAL, about the advantages of topology optimization: "One of the advantages of the investment casting process as compared to machining is the considerable material savings. Using topology optimization all redundant areas of a component are eliminated. This is of great interest due to the aerospace industries continuing focus on weight reductions. In the end this saves fuel and money." TITAL's stand will be located in hall 11, booth C21.

TITAL supplies industry leading companies around the world in the field of aerospace, defense, motor sport and industrial systems with sophisticated aluminum and titanium investment casting products using the lost wax process. TITAL was founded in 1974 and in 2006 the management took over the company with the support of DZ Equity Partner GmbH - an investment company of the DZ Bank AG from Frankfurt. Today the company employs 400 people with 2009 revenue of €48M or $63M.