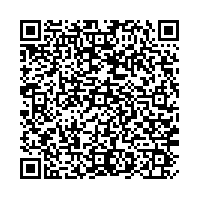 Subscribe to news
(PresseBox) ( Regensburg, 17-06-28 )
Södertälje municipality has chosen Tieto as its supplier of end-user IT services and the underlying infrastructure which will take the municipality´s digitalization journey to the next level. Tieto will also provide support with service integration and management (SIAM) solutions to coordinate and develop the municipality’s various IT services and suppliers. The contract is for five years with an option for additional four years, and is worth approximately SEK 140 million.

The past decade has seen an enormous change in the IT outsourcing landscape for Nordic organisations. Many use a large number of suppliers for different purposes, thus increasing the risk of coordination issues, inefficiency and unnecessary costs. SIAM aims at making it easier to organize and coordinate IT services from different suppliers, so that all systems and services are in line with business objectives and needs.

“Södertälje Municipality has worked with Tieto for seven years and that partnership is now expanding as Tieto will take on responsibility for SIAM. This means that Tieto will consolidate and develop the IT department’s various services and providers – both at an operational and tactical level. Together with the IT department, Tieto will play a key role in enabling a more efficient digitalization of our core operations. In this procurement, Tieto had by far the best offer and we look forward to continuing a very good partnership,” says Jonas Knutsson, CIO, Södertälje municipality.

Södertälje municipality’s IT operations are undergoing a transformation over the coming years, with plans to take big steps toward increasing the digitalization of tasks that are currently performed manually, especially within healthcare and education. The goal is to become more cost efficient while making IT services more accessible and reliable.

As part of the deal, Tieto will deliver end-user services such as IT workplaces, service desk, e-mail and printing services, as well as infrastructure such as networks, internet connections, security services and an integration platform. The agreement is one of the first of its kind, where a large Swedish municipality outsources the responsibility for SIAM.

“As the existing supplier, it’s especially satisfying that we have been given the renewed and expanded trust from the municipality to support its continued digitalization. With our experience and broad competence, we are ready to meet the organization’s need for change in the best possible way,” says Mats Brandt, Head of Public Sector, Tieto Sweden.

Södertälje Municipality has about 90,000 inhabitants and employs nearly 6,000 people. Read more at www.sodertalje.se

Tieto aims to capture the significant opportunities of the data-driven world and turn them into lifelong value for people, business and society. We aim to be customers' first choice for business renewal by combining our software and services capabilities with a strong drive for co-innovation and ecosystems. www.tieto.se