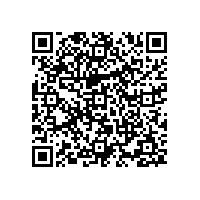 Much shorter waiting times after modernization by ThyssenKrupp Elevator

(PresseBox) ( Düsseldorf, 10-07-22 )
The worldwide success of the innovative TWIN elevator system from ThyssenKrupp Elevator continues. Two TWINs and one conventional elevator are being installed as part of a modernization project at Ajou University Hospital in the South Korean city of Suwon. After the replacement of three traditional single elevators that have reached their capacity limits, five cabs will be available, allowing significantly more passengers to be transported in the same amount of space. Thanks to an intelligent destination control system, waiting times for hospital patients, staff and visitors will be additionally shortened. Passengers select their destination on a touchscreen before entering the elevator and are directed to the fastest cab. With more than 1,000 beds, 92 intensive care places and 18 operating rooms, Ajou University Hospital is one of the largest and most modern medical facilities in the country.

ThyssenKrupp Elevator is the only manufacturer to offer a system with two cabs running independently in the same shaft. Each cab has its own counterweight and separate safety and drive equipment - but both cabs use the same guide rails and shaft doors. Instead of increasing capacity through modernization with TWIN elevators, it is also possible to reduce the number of elevator shafts required. The freedup space can then be used, for example, to lay IT cables or install an air conditioning system.

Whether it's a new installation or a modernization project - architects and building owners receive optimum support from ThyssenKrupp Elevator advisers in planning the most effective transportation strategy. Advanced analysis and simulation techniques are used to calculate future demand, delivering vital facts for forwardlooking solutions.

The Elevator Technology business area brings together the ThyssenKrupp Group's global activities in passenger transportation systems. With 42,500 employees, sales of 5.3 billion euros in fiscal 2008/2009 and customers in 150 countries, ThyssenKrupp Elevator is one of the world's leading elevator companies. The company's portfolio includes passenger and freight elevators, escalators and moving walks, passenger boarding bridges, stair and platform lifts as well as tailored service solutions for all products. 900 locations around the world provide an extensive sales and service network to guarantee closeness to customers.