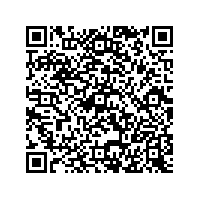 Thomson Reuters to donate $200,000 to charities nominated by employees

(PresseBox) ( New York, 10-10-15 )
Thomson Reuters, the world's leading source of intelligent information for businesses and professionals, today announced the winners of its Community Champion Awards program. This year, a total of $200,000 will be donated in the form of 65 separate donations of varying amounts to charities nominated by Thomson Reuters employees.

The Community Champion Awards program encourages volunteering and recognizes outstanding examples of community service by employees. The annual program now in its tenth year, offers the opportunity to all 55,000 Thomson Reuters employees in more than 100 countries to nominate a non-profit organization or project with which they have volunteered to receive a cash award. Since the program's inception, more than $650,000 has been donated to non-profit groups. In recognition of its success over the past decade, Thomson Reuters has expanded the program's scope, offering more grant money and an increased number of awards.

As a result of the dedicated efforts of Thomson Reuters employees around the world who volunteer their time and expertise to better the communities in which they live and work, non-profit organizations and projects in 19 different countries have been named recipients of 2010 awards. Notable 2010 winners, which will each receive a cash award of $20,000 include:

As a global organization, Thomson Reuters is strongly committed to strengthening the communities in which the company operates. Through a variety of corporate initiatives and individual actions including the Community Champion Awards program, a matching gift program to support employees' charitable giving and a volunteering program that entitles employees to at least one day paid leave per year to volunteer, Thomson Reuters strives to create a sustainable approach to community support.

Thomson Reuters is the world's leading source of intelligent information for businesses and professionals. We combine industry expertise with innovative technology to deliver critical information to leading decision makers in the financial, legal, tax and accounting, healthcare and science and media markets, powered by the world's most trusted news organization. With headquarters in New York and major operations in London and Eagan, Minnesota, Thomson Reuters employs 55,000 people and operates in over 100 countries. Thomson Reuters shares are listed on the Toronto and New York Stock Exchanges (symbol: TRI). For more information, go to www.thomsonreuters.com.