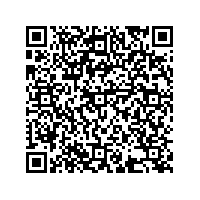 Interim report and financial statements for the first half 2010

During the quarter, Thin Film Electronics ASA ("Thinfilm") has seen a growth in number of prospects and taken further steps in opening new markets.

Thinfilm's prospect list is growing. "Our focus on the toys and games market is bringing results, and our list of customer prospects is steadily growing," says Davor Sutija, CEO Thinfilm. "Several of the world's largest toy manufacturers are now considering concepts powered by Thinfilm Memory."

"Toy inventors are working to land their concepts leveraging Thinfilm Memory, and we are at the same time also engaged in direct discussions with a number of toy companies across the world," explains Sutija.

Partnership for volume production of polymer. A commercial agreement with one of the world's leading chemical companies, Solvay, was announced in June and paves the way for high volume production of Thinfilm Memory and the next generation of printed electronic applications.

"The agreement with Solvay assures commercial supply of memory polymer in large quantities and makes it possible for other companies in Printed Electronics to begin production of Thinfilm Memory," Sutija continues.

Thinfilm will receive royalties from Solvay's sales of ferroelectric polymers and on sales of ink formulations containing such polymers.

The EU certification is another important advancement. After extensive testing, Thinfilm has received EN 71-3 certification that its nonvolatile memory products meet the requirements regarding the chemical safety of toys.

"We now have designs that make printed memories cheaper on a system level i.e. the total cost of memories plus the reader/writer device - than conventional siliconbased memory technologies such as EEPROM and Flash," says Sutija.

Continued focus on partnerships for new printed devices. The next generation of higherdensity memories, currently under development, will be coupled with other printed circuit elements.

"To develop fully printed devices that include integrated memory, it is important for Thinfilm to work with strategic partners," says Sutija.

The Printed Electronics market is still in its early stages, and according to industry analyst group IDTechEx, is expected to grow to more than USD 50 billion in market value over the next ten years. IDTechEx predicts that logic (i.e., memory and transistors) will be the largest segment in this market, representing more than 30 per cent of the total.

Using printing to manufacture electronic memory makes it possible to reduce the number of process steps, dramatically reduce manufacturing costs, as well as the environmental impact as compared to traditional semiconductor processes. Commercial applications of printed electronics include epaper, electronic readers, and organic light emitting (OLED) displays. Sensors, batteries, and photovoltaic energy sources are also in development, and together with Thinfilm's memory technology they will open the door to new products and applications.

Memory is an essential part of most electronics. Memory is required for identification, tracking status and history, and is used whenever information is stored.

Thinfilm's nonvolatile ferroelectric polymer memory technology is well suited for application with other printed electronics devices because power consumption during read and write is negligible, and as it is permanent, no connection to external power is required for data detainment. Also, the current required to write information is so small that operation would be limited by the battery's lifetime and not its capacity.

Other operating costs (i.e. all operating costs excluding depreciation and impairment charge) in the first half amounted to NOK 13.2 million, including the notional cost of subscription rights (share based compensation) of NOK 2.4 million. The corresponding numbers for the first half of 2009 were NOK 11.5 million and NOK 0.5 million. Excluding share based remuneration, costs were at the same level as in the same period in 2009. There were six fulltime employees in the group at the end of the first half, and in addition Thinfilm makes use of outsourced services and specialist contractors.

Depreciation is negligible because all costs related to equipment and intangible assets have been expensed. Going forward, costs will vary with manning and activity level.

Net financial items, mainly exchange gains/losses related to variations in SEK, amounted to a loss of NOK 0.1 million in the first half, compared to a gain of NOK 0.4 million in the same period of 2009. Interest income and expense is insignificant.

The company operates at a loss and there is a tax loss carry forward position also in the Swedish subsidiary, such that the group has not incurred any tax costs in 2010 or the year before. The company has not recognised the deferred tax asset in its balance sheet, because this potential asset does not yet qualify for inclusion.

The company's major risk is its business risk, meaning its ability to earn revenue.

This risk is difficult to assess, because the operating history is limited and the target market is immature and yet to be developed. The company has to date earned insignificant revenue from its technology.

Thinfilm's ability to earn revenue depends on its ability to create willingness and obligations among partners and customers to pay for using the company's intellectual property rights ("IPR") or purchasing its offered products. This is in turn dependent on, firstly, Thinfilm's development and presentation of its technology and products, and secondly, the company's ability to legally protect its IPR, and to maintain a competitive advantage. Thinfilm is not aware of directly competing print technologies to its NVRAM memory.

Thinfilm operates at a loss and does not have assets suitable for secured borrowing. Following the warrants exercise in the first half of 2010, the equity is positive.

The company will need to earn revenue or raise capital from other sources by the fourth quarter of 2010. The outstanding warrants, which expire on 6 November 2010, represent a source of new equity. It is inherently uncertain whether the company will be able to obtain additional capital and at which terms.

Thinfilm foresees a developing shift towards ubiquitous memory where people and devices can store and retrieve information through portable devices and communicate both with external (e.g., cloudbased) data sources, and also with memoryenabled objects and sensors in their surroundings. This is our Memory Everywhere(TM) vision.

Thinfilm's business development activities will keep focusing on the toys and games market. Development of next generation printed electronics products, combining printed memory with other technologies such as transistors, sensors, and displays, will also be pursued.

Development of next generation products is also on the R&D agenda.

We confirm, to the best of our knowledge, that the condensed consolidated financial statements with notes for the period 1 January to 30 June 2010 has been prepared in accordance with IAS 34 - Interim Financial Reporting, and gives a true and fair view of Thinfilm's assets, liabilities, financial position and profit or loss as a whole. Major related parties transactions have been disclosed in note 7.