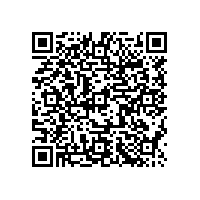 Teradata is seeing good momentum in its business transformation as more customers than anticipated chose to purchase Teradata’s technology by utilizing the company’s new subscription-based options in the quarter. The $58 million of perpetual equivalent contract value from these transactions will be recognized as revenue over time. Product Annual Recurring Revenue (ARR) continues to meaningfully increase as more of Teradata’s customers adopt its new purchasing options.

“We are building the Teradata of the future to provide customers greater choice and make it easier for them to buy and to grow with Teradata,” said Vic Lund, President and Chief Executive Officer, Teradata. “Our Teradata Everywhere strategy arms customers with new analytic capabilities built on flexible hybrid ecosystems that combine on-premises and cloud. I am encouraged that subscription licenses are being adopted faster than expected and customer demand is increasing our pipeline. I am more confident than ever about Teradata’s future and am looking forward to significant upward momentum through 2017 and into 2018.”