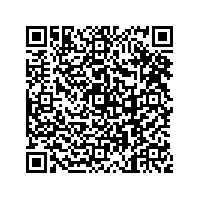 Synchronica fully appreciates the sovereign right of any nation to enforce measures it believes necessary to protect national security. The Convention on Cybercrime requires lawful interception, and it is common in many countries around the world, both developed and developing. Synchronica's flagship product Mobile Gateway is already used by operators in a number of countries which have rigorous internal security programmes and complies with lawful interception legislation:

- Synchronica Mobile Gateway is typically deployed and managed in local data centers of mobile operators
- Synchronica does not operate a central network operations center (NOC). All data remains entirely within the local networks in the country and is not sent offshore
- Mobile Gateway supports lawful interception, enabling government agencies to monitor traffic in accordance with local legislation
- Mobile Gateway does not store email, but instead acts as a gateway to the original mailserver
- For encryption, Mobile Gateway uses open industry standard SSL (Secure Socket Layer) protocol rather than proprietary encryption protocols used by other services

Recent press coverage suggests that products which are based on proprietary technologies and hosted in offshore data centers could be banned by regulators.

According to reports of the Financial Times and Wall Street Journal, government agencies of the United Arab Emirates and Saudi Arabia may suspend BlackBerry mobile email and instant messaging services because they are considering the services to operate outside local laws and raise national security concerns. The services apparently are under scrutiny because they are operated through a handful of secure network operations centers around the world, meaning that most governments can't access the data easily on their own, a requirement of local legal interception legislation.

Security concerns are not limited to the Middle East. In 2007, news site Telecoms.com reported that government officials in Germany and France were banned from using the BlackBerry service because data was sent to servers hosted in the United States and Britain.

According to a report in The Economic Times, Nokia's OVI push email service is not exempt and is currently under scrutiny by India's Intelligence Bureau which is requesting that the service should be banned until Nokia hosts the service in India and email traffic can be monitored.

Mobile Gateway provides a complete nextgeneration mobile messaging solution which provides deviceagnostic push email and synchronization services and allows operators to offer mobile instant messaging and social networking services to any subscriber, regardless of the type of handset he uses.

Mobile Gateway enables operators to increase data traffic and subscriber loyalty by providing a broad range of mobile messaging services from a single platform. It allows users to connect to existing internet communities to drive traffic and user uptake, but also allows operators to create their own email services and instant messaging communities, creating the churnreducing stickiness which they crave.

Carsten Brinkschulte, CEO of Synchronica, comments: "Synchronica already has experience working in close partnership with our operator customers to ensure complete regulatory compliance within their markets. We have 40 operator customers across the world, some in very challenging environments, and we experience that the regulatory acceptance of Mobile Gateway affirms our approach of using industrystandard protocols."

Headquartered in England, Synchronica also maintains a development center in Germany in addition to a regional presence in the USA, Hong Kong, and Dubai. Synchronica plc is a public company traded on the AIM list of the London Stock Exchange (SYNC.L). For further information, please visit www.synchronica.com