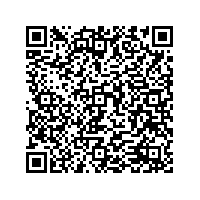 “The year 2016 has been transformative for SYGNIS,” said Pilar de la Huerta, Co-CEO and CBDO. “We acquired two profitable companies with product lines and sales/marketing capabilities highly complementary to SYGNIS’ own strengths. The first acquisition of Expedeon contributed to revenues as of August 2016 and significantly expanded our sales reach, particularly in the U.S. and Asia, and we expect continued growth in these regions as well as in Europe, in the year ahead.”

“The integration of both acquisitions has been completed fast and smoothly. We have been able to shape efficient teams across the different departments in the group creating a more robust and scalable operation. At the same time the sales and marketing activities have been performing well and we started benefiting from the synergies in sales channels and product compatibility. New products combined with our expanded sales activities with the enlarged product portfolio, resulted in significantly increased revenue year over year,” said Dr. Heikki Lanckriet, Co-CEO and CSO. “With innovative products on the market and in development, we are confident that we can achieve our ambitious goals for 2017 and beyond.”

2016 and first quarter of 2017 operational highlights:

- Management team strengthened with appointment of Dr. Heikki Lanckriet as Co-CEO and Chief Scientific Officer and David Roth as CFO

- CovCheck™ Kit for quality control of the whole genome amplification

David Roth, Chief Financial Officer, said: “We ended 2016 on a sound financial footing. We have seen quarter on quarter revenue growth throughout the year and at very healthy margins. We continue to maintain a strong cash position. Our sales and operational capacity has seen a step change with the addition of Expedeon; and we have been able to benefit from synergies through consolidating our operations. Hence on a cash basis, our operating cost base for the year is largely unchanged. We expect sales to again increase significantly in 2017; with this, and an ongoing focus on expenditure, we are working towards reaching a break even operating cash position during the final part of the coming year.”

The reported net loss reflects a number of non-cash fair value accounting entries as well as restructuring costs and transaction expenses, all arising on the Expedeon acquisition. The results also include a one time write off of legacy non-cash deferred tax assets in Spain.

These entries lifted the result from a loss of €2.7 million to the reported loss of €4.4 million, compared with €4.0 million in 2015. Allowing for these items, underlying performance improved strongly.

For the fiscal year 2017 revenues in the range of €6.5 to €7.5 million are expected. This forecast is based on continued strong organic growth of the product sales through expansion of the sales force in combination with further development of the OEM and distribution sales channels. An additional OEM contract with our Chinese partner TANON was announced in April 2017.

The company continues to invest in R&D with a focus on development of its groundbreaking TruePrime technology for high value applications such as single cell DNA analysis and liquid biopsy for early detection and monitoring of cancer.

With the increased marketing and sales activities and the broader but targeted product offering, SYGNIS intends to further strengthen its sales and customer base across the world. Provided the business continues to progress as projected, the Management Board expects to reach break-even in the second half of 2017 with strong upside potential and cash generation expected for 2018.

The Company’s 2016 Annual Report will be available online at the SYGNIS website investors’ section by May 2, 2017.

This publication is intended for information only and constitutes neither an offer to sell nor an invitation to buy securities. Some statements included in this press release, relating neither to proven financial results nor other historical data, should be viewed as forward-looking, i.e. not definite. Such statements are mainly predictions of future results, trends, plans or goals. These statements should not be considered to be total guarantees since given their very nature they are subject to known and unknown risks and imponderability and can be affected by other factors as a consequence of which the actual results, plans and goals of SYGNIS AG may deviate greatly from the established conclusions or implied predictions contained in such statements. SYGNIS does not undertake to publicly update or revise these statements in the light of new information or future results or for any other reason.

SYGNIS AG specializes in the development and commercialization of proprietary technologies and offers a wide range of commercial products addressing key challenges in molecular biology. With the 2016 acquisition of Expedeon Holdings, Ltd. based in the UK, SYGNIS added a complementary proteomics product portfolio. Resulting from this significant expansion, SYGNIS' product portfolio now covers the entire workflow of molecular biology. In addition, SYGNIS acquired the profitable U.S.-based life sciences tools company C.B.S. Scientific in December 2016 to further expand its product offering. The products of SYGNIS Group are sold through a direct sales force and several distribution partners in Europe, the U.S. and Asia. SYGNIS AG has offices in Germany, Spain and the UK, production sites in the UK and the U.S. as well as sales offices in Asia. The company is listed on the Prime Standard segment of the Frankfurt Stock Exchange (Ticker: LIO1; ISIN: DE000A1RFM03).