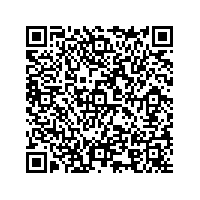 All five members of the Suzuki World team at the 2017 MXGP of Trentino in Italy overcame differing starts to put themselves in good positions after their qualification races. Top result amongst the riders was Jeremy Seewer on-board his RM-Z250 who battled his way through to an impressive second position, reaffirming his status as one of the guys to beat in this high quality MX2 field. Hunter Lawrence felt like he rode better this round and ended up 20th after getting involved in a second turn incident that left him with bruises on his arm.

In the MXGP class Kevin Strijbos had third gate pick for qualifying but could only translate that into an eighth position for tomorrow’s racing while Arminas Jasikonis came through to 13th place after a difficult start.

The last member of the squad was Zach Pichon who made his EMX250 debut at this round, finishing qualifying in 15th place in his group before racing his way to 11th place when the gate dropped for the first moto at the end of an action-packed Saturday.

Seewer had this to say about his race: “The day started good with free practice and timed practice, finishing first and second. The bike feels really great on this kind of track and I like to ride it, so I was confident for the qualifying race. I had a decent start, good enough to battle with the guys but then had a tough time with Bernardini as he’s not easy to pass, but I came back to second which is more than good enough for tomorrow. Everything is there, my confidence is good, my start today was ok and my race speed is also really fast so I’m looking forward for tomorrow.”

While Lawrence hasn’t had the results his speed has deserved, the young Australian is still finding the positives and heads into tomorrow hoping to put it all together in the two motos: “Off the line I got a good start, all the shifting went well but then in the second turn I got taken out; someone hit my front wheel. While I was on the ground someone else hit my arm and it was on fire, a bit numb so I had to shake that off and go to work. I think my riding was good and again the results don’t reflect on how I’m feeling on the bike and the way I’m riding. I felt the speed was there as my laptimes were pretty close to the guys at the front of the field and I was having to deal with traffic and make passes and take different lines, I just ran out of time to get further forward. I’m happy about it though, I’m tired of coming away disappointed so I’m going into tomorrow excited with the chance to do better in the longer motos.”

For Strijbos, a hot lap right at the end of the timed session gave him and his RM-Z450WS third gate pick for the qualifying race and just as importantly confidence that his speed is there on this tricky track. Unfortunately a bad start ruined his chances at capitalising on that: “I pulled a wheelie straight out the gate and to control that I had to let off the gas which meant I dropped right back. However in the first and second corners I made some passes and I was quite happy with the way I was riding. I hope for the race I can get the start sorted and then put in those same laptimes like I did today and I think if that happens, my result will be good.”

Unfortunately Jasikonis also suffered out of the gate and once again had to work his way from near the back of the field: “Not a good start as always and had to make my way through the pack and got stuck in a rut on the first lap with a couple of riders so had to make my way back from 21st place. I struggled initially to make the passes but then came through to 13th so found some rhythm in the end, with my riding feeling quite good. I just need to start better and get through the first couple of laps without mistakes and then I know I can make a good result.”

For 16 year old Pichon, the EMX250 class is a tough test, filled with older guys who have experienced multiple GPs at MX2 level. However the French youngster didn’t let that phase him and put in a solid race, finishing just outside the top 10: “The day didn’t begin so well with timed practice as I wasn’t feeling great on the track and only came 15th in my group; giving me 30th gate pick for the races. Obviously for the start it wasn’t so good so I struggled today off the line, getting to around 15-20 before making a lot of passes, with my best position in the race all the way up to eighth. Unfortunately I then made a couple of mistakes, losing the front end, so I made myself calm down in order to finish the race as high as possible. My riding was ok, but my speed could be a bit better; I hope to do the same tomorrow for race two.”

With all five riders showing the ability to make passes on this track which is traditionally hard to pass on, there is a positive mood that good results will happen on race day tomorrow at the fifth round of the 2017 Motocross World Championships.