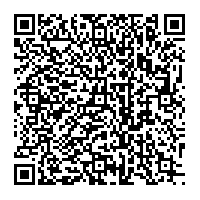 Warimpex with huge 1H net loss but better second half and following years ahead (Buy affirmed, target down to Euro 2.00)

Yesterday Warimpex Finanz- und Beteiligungs AG released its semi-annual report. The numbers have been weak in terms of a net result deeply in red. This was caused by the ongoing Russian crisis and the soft rouble. Firstly, the hotel revenues from the Russian hotels dropped and also from the Czech hotel Dvorak in Karlovy Vary, which is normally booked by many Russian guests. Secondly, there were significant down-valuations of Russian hotels and properties in the Warimpex portfolio which added up to a net amount of Euro -20m. The operating profit (EBIT) which was just slightly negative in the year before (Euro -1.4m), turned deeply red to Euro -19.2m. The bottom line result also declined as net income after minorities shrinked from Euro -8.3m to Euro -15.9m.

The second half of the year will deliver a much better P & L picture as the andel's Berlin was recently sold (see our last update from 30 July). This transaction alone will contribute about Euro 10m to the earnings of the second half of the year. However, it is almost impossible for Warimpex to end the full year 2015 with a positive bottom line after the severe write-down of Russian assets, as we decribed above. Thus, we decided to reduce our full year 2015 net profit after minorities forecast from Euro 3.1m to Euro -5.0m. For the coming years 2016 and 2017 we feel confident that Warimpex will be able to deliver much better numbers and a remarkable net profit. One reason is that we expect a significant additional rental income from St. Petersburg Zeppelin tower and Budapest-based Erzsebet towers in a magnitude of Euro 8m per year, from 2016 on. Another reason is that Warimpex still has some good trading opportunities, for example the two Paris-based Disney hotels. The co-owner UBM is already in some promising negotiations. A sale transaction and a closing in the first half of 2016 is likely in our view and might deliver a trading profit in a range of Euro 20m to Euro 25m. Another sale candidate for the next 1 or 2 years might be the Zeppelin tower despite the difficult economic situation in Russia. The building was recently completed in June and the tenants are moving in right now. A sale transaction for the Zeppelin office tower might add about Euro 12m to 16m to the Warimpex P & L.

We confirm our Buy recommendation as the Warimpex share is about 70% under its Triple-NAV which stood at Eur 2.44 per share as at end of June, even if we have to admit that the NAV per share was 20% higher at about Euro 3.00 at year-end 2014. Warimpex has to offer a good portfolio quality and a good performance of the hotels outside Russia. For the coming year 2016 we expect a big jump in net profit with regards to the sale of the Paris-based hotels to a range of Euro 14m to Euro 18m. We also expect further asset sales to support the following 2017 and 2018 profits. The Warimpex share is cheap at levels clearly below Euro 1.00 which might be a good opportunity to enter into the stock as much better results are likely to emerge in the coming years. However, we bring down our target price from Euro 2.20 to Euro 2.00 as the sentiment for the Warimpex share might be impaired after the weak first half of the year. For any queries regarding this Warimpex research update please do not hesitate to contact us.

Warimpex will join our 2015 investor event Forum Financials & Real Estate on 10 September at the Frankfurt Hilton. You will find more information and the opportunity for a cost-free registration on www.src-research.de/forum

Recommend Warimpex with huge 1H net loss but better second half and following years ahead (Buy affirmed, target down to Euro 2.00) press release