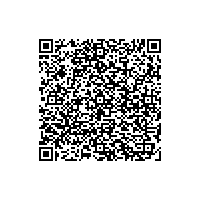 Subscribe to news
(PresseBox) ( Frankfurt, 15-09-01 )
Last Friday, on 28 August, the company released its 1H 2015 report and hosted a conference call to give more insight into the numbers and the company strategy. Despite the inferior weather conditions in the first three months of the year, the total production output for the first half of 2015 increeased slightly by 0.5% to Euro 1.5bn. The foreign share increased significantly from 38% to 47%. While the order backlog reached a new all-time high and hiked by 7% to Euro 4.8bn, order intake even soared by about 41% from Euro 1.6bn to about Euro 2.3bn in 1H 2015. Although all four business segments contributed to that positive development, the Infrastucture segment accounted for the strongest increase of 118% to Euro 606m followed by the CEE/SEE segment with a hike of 65% to Euro 263m.

Although, the company suffered a slight dip in revenues of 1.4% to Euro 1.3bn, the operating profit (EBITDA) soared by 28% from Euro 43m to more than Euro 55m and EBIT even boosted by almost 71% to roughly Euro 22m. This positive development was mainly driven by lower material costs. As as consequence of the improved finance result to only Euro -4.4m, after Euro -11.6m, the pre-tax profit boosted to over Euro 17m (1H 2014: Euro 1m). After a small loss in the previous year period of Euro -0.4m, the firm reached in the reported period a net profit after minorities of Euro 9.3m, which corresponds to an EPS of Euro 0.33 after Euro -0.02 in 1H 2014.

Shareholders equity decreased slightly to Euro 325m but the equity ratio climbed from 18% (December 2014) to 19%. The high liquidity as at December 2014 of Euro 465m was used to settle current liabilities by a total of Euro 207m. Due to that, net debt rose by Euro 369m to roughly Euro 304m.

All in all, we assess the reported figures for 1H 2015 as a solid basis for further growth and a strongly increasing net profit in the second half of the year. Therefore, we stick to our Buy rating with an unchanged target price of Euro 32.50. For an queries regarding our PORR update please do not hesitate to contact us.

PORR will join our 2015 investor event Forum Financials & Real Estate on 10 September at the Frankfurt Hilton. You will find more information and the opportunity for a cost-free registration on www.src-research.de/forum