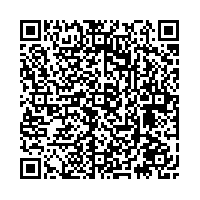 Subscribe to news
(PresseBox) ( Berlin, 10-11-12 )
.
- Revenues rise 85% to €404.6 million
- Revenue distribution shifted in favor of the power plant business
- More than 50% of sales generated outside of Germany
- EBIT loss of €5.3 million weighed by special factor from the project business
- Net loss after minority interests at €17.4 million

Berlin-based SOLON SE (ISIN DE0007471195), today published its interim report for the period ended September 30, 2010. The sustained high demand in Germany lasting into the third quarter and the noticeable pickup in other European markets and the U.S. enabled SOLON to increase the Group's revenue to above €400 million in the first nine months of the year. Already by late September, the Company had significantly surpassed its total revenue for all of 2009.

In the third quarter, SOLON's business with solar modules again benefited from pull-forward effects associated with the enacted reduction of the feed-in tariffs in Germany. At the same time, there was a noticeable pickup of activities in the power plant business, especially in Italy. On the one hand, this led to a shift in revenue distribution in favor of the system technology business, which accounted for 29% of revenues in the nine month period. On the other hand, the share of revenue generated outside of Germany climbed to more than 50% and production output reached 194 MWp.

The most important performance indicators of the first nine months of 2010 are broken down as follows: Group revenue rose by 85% to €404.6 million from €218.4 million a year earlier. EBITDA improved year on year to €8.3 million (prior-year period: EBITDA loss of €72.2 million). The EBIT loss was reduced to €5.3 million (prior-year: EBIT loss of €87.0 million) and was primarily due to a one-off warranty expense from a pre-existing project in Italy in the amount of €4.5 million incurred in the third quarter. The Company considers the warranty claim unfounded and is taking legal action against it. Except for this special factor, SOLON would have closed the third quarter with a positive operating result. SOLON recorded a net loss after minority interests of €17.4 million in the first nine months of 2010 (prior-year period: net loss of €146.7 million). Earnings per share thus improved to a net loss per share of €1.20 in the period under review (prior-year period: net loss of €11.71 million).

Inventories increased to €130.0 million as of September 30, 2010 (December 31, 2009: €90.6 million). The main cause for this was the sharp increase in lead production output for the power plant projects currently under construction and scheduled for completion by year-end. Due to the increase in inventories and of trade receivables as well as a negative operating result, the cash flow from operating activities in the first nine months of 2010 amounted to €-17.5 million (prior-year period: €30.1 million). In the third quarter, SOLON generated a slightly positive operating cash flow in the amount of €0.7 million. Working capital was €174.1 million as of September 30, 2010. The ratio of working capital to revenue declined to 32% in the last twelve months. Net debt as of the reporting date was nearly unchanged at €368.5 million.

Based on the positive business performance thus far in the year and sustained robust activity in the project business, SOLON management has confirmed its revenue and earnings forecast for the year as a whole: The goal is to achieve Group revenue significantly above €500 million and a balanced operating result.

The complete interim report of SOLON SE for the quarter ended September 30, 2010 is available for download from the company's website (www.solon.com).