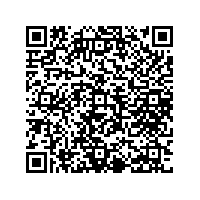 SOLON SE, Berlin, Germany (ISIN DE0007471195) today presented its 2009 Annual Report, confirming the preliminary financial results for the previous fiscal year which were already released on February 23. The Company simultaneously reported that it had come to a basic agreement with the banks regarding restructuring of the Group's financing.

The SOLON Group maintains five production sites in Germany, Austria, Italy and the US. At yearend, the number of employees at all Group locations was 901.

Agreement was recently achieved concerning all major conditions in the negotiations with the banks for restructuring the mediumterm Group financing. The planned syndicated loan under the lead management of Deutsche Bank AG includes commitments for cash credit facilities and facilities by way of bank guarantees totaling 275 million Euro. Also included is a combined 80% default guarantee from the German federal government and the federal states of Berlin and Mecklenburg-Vorpommern on a partial loan amount of 146 million Euro. "This indicates the willingness of the banks to make a significant scope of unguaranteed lending available to SOLON SE," commented Simone Prüfer, CFO. The agreement, which includes the participation of seven German banks in addition to the lead manager, will expire in late 2011.

For the current fiscal year, the Management Board presumes that global demand for solar technology will increase robustly while selling prices will decline more slowly than in the previous year. Now that Group funding has been secured, the Company's position with respect to suppliers and customers has significantly improved. This improvement constitutes the basis for the intended return to revenue growth in the doubledigit percentage range and achievement of a breakeven operating result.

The complete 2009 annual report of SOLON SE is available for download from the company's website at www.solon.de.

SOLON SE is one of the largest solar module manufacturers in Europe and suppliers of solar system technology for largescale roofmounted and groundmounted systems. The SOLON group is represented by subsidiaries in Germany, Austria, Italy, Switzerland and the USA and employs around 900 people globally. SOLON?s core business is the production of solar modules and photovoltaic systems, and the project planning and construction of largescale roofmounted systems and turnkey solar power plants around the world.