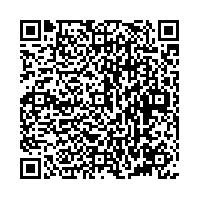 Subscribe to news
(PresseBox) ( Berlin, 10-11-12 )
SOLON Corporation, the U.S. subsidiary of the Berlin-based solar energy company SOLON has been awarded the "2010 Generation Supplier of the Year" award by Pacific Gas and Electric Company (PG&E). This recognition reflects the successful collaboration between SOLON and PG&E in Vacaville, Calif. on a 2.6 MW solar photovoltaic (PV) project. SOLON Corporation designed and installed the fixed-tilt solar power plant as part of a turnkey project, and PG&E is the owner and operator. The solar modules used for the project were manufactured in SOLON's factory in Tucson, Arizona.

PG&E's "Generation Supplier of the Year" award category included nominees from the PV, nuclear, hydro and wind supplier communities. Suppliers were nominated by the PG&E Supply Chain, and the winner was determined based on a qualitative and quantitative ranking of safety, quality, service focus, diversity and green culture, among other items. SOLON's perfect safety record, on schedule and on budget project management expertise, and focus on reducing the total cost of ownership of a project contributed to SOLON being honored at an awards banquet in San Francisco on November 1.

As part of the utility's solar energy initiative, PG&E plans to use PV power to deliver more than 1,000 gigawatt hours of electricity each year by 2015, which is enough to supply up to 150,000 households. PG&E awarded the Vacaville pilot project contract to SOLON in June 2009 after a multi-stage bidding process involving several North American solar companies.

SOLON SE is one of the largest solar module manufacturers in Europe and a leading supplier of photovoltaic systems for large-scale roof-mounted and freestanding power plants. The SOLON group is represented by subsidiaries in Germany, Austria, Italy, France, Switzerland and the USA and employs around 950 people globally. SOLON's core business is the production of solar modules and photovoltaic systems, and the project planning and construction of large-scale roof-mounted systems and turnkey power plants worldwide.