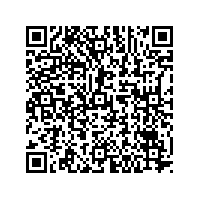 Subscribe to news
(PresseBox) ( Heinsberg, 17-04-25 )
The answer to the growing Belgian interest in efficient and secure local energy supply is a ten million Euro contract for the supply of at least 550 BlueGEN units, the fuel cell energy systems of SOLIDpower, with Belgian partner Elugie bvba. “More and more owners of larger single-family homes and businesses are looking for a solution for generating electricity locally in an inexpensive and environmentally friendly way. And BlueGEN is an alternative to the critically discussed use of nuclear energy in Belgium", says Bjorn van Haver, the founder and managing director of Elugie, a company specialised in energy technology, near Antwerp. With his ten years of experience in stationary energy supply, this move is a confirmation of Mr. van Haver's progressive outlook. “BlueGEN is the most efficient micro-CHP on the market. But ultimately Mr. van Haver was also convinced by the verifiably high reliability and profitability of our technology that will increase even further with growing production volume,” said Jan-Willem Tolkamp, Sales and Business Development Manager Benelux/UK at SOLIDpower, "also in Belgium customers are relying more and more on low emission, independent yet inexpensive electricity generation on-site. With his extensive knowledge of the market, Mr. van Haver is the right partner to further establish and strengthen the position of BlueGEN in Belgium."

Belgium announced its withdrawal from nuclear energy as far back as 2003, something quite visionary at the time. The intention of that government was acknowledged once more in 2012. Above all this has led to the generation of electricity by means of combined heat and power plants (CHPs) using natural gas. By now, with a 20 per cent share, this has become the second largest source of energy in the country – with increasing tendencies. And it is precisely here, with an energy requirement of more than 10,000 kWh, that Elugie bvba sees considerable potential for growth with the BlueGEN. "As a micro-CHP appliance powered by natural gas, our BlueGEN can be combined with virtually any heating system on the market. This way, the generated heat is efficiently used by being fed into a hot water tank – enough to provide around 200 litres of hot water per day," says Andreas Ballhausen, Managing Director of SOLIDpower in Germany.

The purchase contract signed and sealed at the end of March proves the increasing interest in this highly efficient technology “made in Germany”. The contract gives Elugie bvba the extended option for a total of 1,200 BlueGEN units, which corresponds to overall sales of more than 20 million Euros for SOLIDpower.