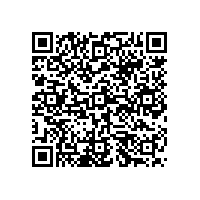 Shareholders' meeting resolution entered in the commercial register / Number of shares increased from 1,050,000 to 8,400,000

(PresseBox) ( Berlin, 08-10-08 )
The shareholders' meeting of Solarvalue AG approved, among other items, capital increase from company assets, based on management board and supervisory board recommendation. Seven new shares will be issued for each share with no par value, respectively. This increases the share capital of Solarvalue AG and the number of shares issued by 7,350.000 Euro from currently 1,050,000 Euro to 8,400,000 Euro. The objective is to permanently commit capital to the company, at the same time increase share liquidity and thus reduce volatility of the share price.

The shareholders will receive an additional seven shares from Solarvalue AG for each share issued without any charge. The shares are also entitled to dividends beginning fiscal year 2008. The entire share capital of 8,400,000 Euro will be admitted to trading on the Stock Exchange. Activities on the part of our shareholders are not required regarding the issue of the new shares. The custodian banks will handle the technical implementation. We will provide information on the exact date of the conversion in a separate release.

The shares will be traded as previously. After implementation of the measure, the share price will be approximately one eighth of the closing price compared to the closing price of the previous day. Issue of "bonus shares" will not have a diluting effect on shareholders since the share ratio will not change.

Service For the most frequently asked questions around the capital measure we have compiled a question and answer catalog available at http://www.solarvalue.com/content/04_/eng_faq.html.