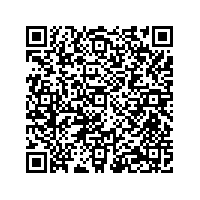 The CEO of SMT Scharf AG, Hans Joachim Theiss, comments on 2015 business trends: "Prices for coal, as well as for other energy raw materials and industrial metals, continued on a downtrend over the past months. Coal mine operators worldwide have cut investments to almost zero in light of this market situation, as well as due to overcapacities. Despite these difficult conditions, we nevertheless raised our revenue above the EUR 50 million level and achieved a positive net result. We have thereby significantly exceeded our own expectations and the targets we set ourselves."

Risk provisioning measures, especially valuation allowances for outstanding receivables and inventories, as well as impairment losses, which the company recognised as expenses at the end of the first half of 2015, initially prompted the new management team at SMT Scharf AG to assume full-year consolidated revenue of around EUR 45 million and breakeven at EBIT level. Excluding the aforementioned EUR 2.9 million of risk provisions, adjusted EBIT would have amounted to EUR 4.5 million in the 2015 fiscal year, with a corresponding 8.9 % adjusted EBIT margin.

"Our core expertise as an engineering firm with long traditions lies in our deep understanding of our market's requirements. We know very precisely what our customers' needs are, being in frequent contact with them. Given the currently difficult market environment, we see ourselves as being well positioned to operate profitably also given weaker demand for new systems. Our high level of service orientation helps us in this context. The Group's international orientation, proximity to its customers, and capital strength meet market requirements", Theiss notes.

"With a look to the 2016 fiscal year, we are assuming that our market will form a bottom. We remain conservative and again anticipate consolidated revenue of around EUR 45 million. We also assume a positive and in comparison to last year slightly higher EBIT margin of an amount of approximately 4.1 %", is how Theiss presents the management's current forecast. "Through strategic measures in three areas, we aim to position ourselves in the future to participate in market opportunities in the next upturn to an above-average extent."

Along with improving the operating business - such as development processes, sales activities and multinational collaboration within the Group - any opportunities that might arise from sector consolidation are also to be exploited (external growth). SMT Scharf aims to expand its own core positioning - from transportation machine to transportation system, including installation, operation and maintenance. Organic growth is to be generated through tapping new geographic markets, further penetration into hard rock mining, and expanding the product range.

SMT Scharf Group develops, manufactures and services transport equipment for underground mines. The main products are captivated railways that are used all over the world, primarily in black coal mines, but also in mines for gold, platinum and other metals. These are needed to transport material and personnel with payloads of up to 45 tons on gradients of up to 30 degrees. Furthermore the company supplies the mining industry with chair lifts. SMT Scharf Group has subsidiaries in seven countries and agents worldwide. SMT Scharf generates most of its revenues in growing foreign markets such as China, Russia, Poland and South Africa. SMT Scharf AG has been listed in the Prime Standard (Regulated Market) of the Frankfurt Stock Exchange since April 11, 2007.