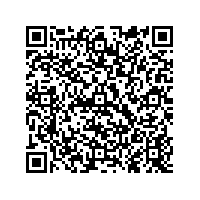 Non-German markets accounted for 90% of total revenue (previous year: 80%). China was SMT Scharf's most important individual market where growth had already been recorded last year. China was followed by Russia and other members of the Commonwealth of Independent States (CIS). During the period under review, demand from these countries returned to the level enjoyed prior to the international economic crisis, having slumped in 2009.

The two UK mining supply companies acquired in May 2010, Dosco Overseas Engineering Ltd. and Hollybank Engineering Co. Ltd. both made a positive contribution to the SMT Scharf Group's revenues and earnings in the period under review. These two companies have also substantially increased SMT Scharf's product range.

"Business development, in particular in the last three months, confirms our expectations that revenue and earnings will enjoy positive growth during the current year," commented Dr. Friedrich Trautwein, SMT Scharf AG's CEO on the figures. "The general economy is growing again, and in several markets this is having a significantly positive effect on mining companies' readiness to make investments. What is more, our expanded product range means that we can provide our customers with even more extensive service, and also acquire new customer groups. That makes us confident that we will also be able to lift our revenues and earnings on average over the coming years."

The full report for the first nine months of 2010 will be available for download at www.smtscharf.com ("Investor Relations" section) during the course of today.

The SMT Scharf group develops, builds and maintains transportation equipment for mining and tunneling. The main product area is rail-bound railways which are used all over the world, primarily in hard coal mines and underground mining for gold, platinum and other metals. They are used to transport material and personnel with working loads of up to 45 tons. Rail-bound railways are the only means of underground transport that can be used on branching lines to cope with inclines of more than 13 degrees. The SMT Scharf Group has its own companies in Germany, Poland, Great Britain, South Africa, China and Russia and additional dealerships. The railways that SMT Scharf develops are characterized in particular by their high-performance engines, great transport performance and low operating and maintenance costs. SMT Scharf records more than 80% of its revenue in high-growth foreign markets, such as Russia, China and South Africa. Business with spare parts and repairs accounts for around 40% of revenue. The entire market for underground transport technology comprises € 5 billion to € 7 billion per year according to the company's estimates. SMT Scharf AG has been listed in the Prime Standard (Regulated Market) of the Frankfurt Stock Exchange since April 11, 2007.