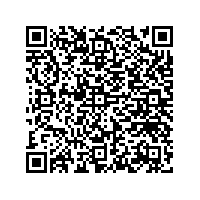 "It was gratifying that the upturn in the new order intake and revenue positions of SMT Scharf from the previous quarter continued during the first months of the current fiscal year, with the high order book position providing a stable base for SMT Scharf's business growth over the coming months," Hans Joachim Theiss, CEO of SMT Scharf AG, comments on the year's first quarter.

New order intake of EUR 10.3 million in the first quarter of 2017 more than doubled year-on-year (Q1/2016: EUR 5.1 million). This positive trend was driven quite significantly by the Russian market, where SMT Scharf acquired and processed a markedly growing number of orders in the rail systems area. The proportion of revenue generated in Russia increased by 5.1 percentage points compared with the previous year's quarter to reach 41.9% (Q1/2016: 36.8%). Markets in Africa also performed significantly positively, while proportional revenues in China reduced by 3.8 percentage points to account for just 10.5% of total revenue (Q1/2016: 14.3%).

"Although Asia's most important economy has picked up again, consolidation and market rationalisation among mine operators continues to progress. This situation is leading to friction in the market short-term, but SMT Scharf is expected to benefit from this trend long-term," notes Theiss.

Operating profit (EBIT) reached EUR 0.8 million (H1/2016: EUR 1.5 million), with the year-on-year reduction being chiefly attributable to lower other operating income of EUR 0.6 million (Q1/2016: EUR 1.3 million), which in the previous year was also impacted positively by special effects – the previous year included the release of provisions that had been formed in 2015 as part of risk provisioning.

In its strategic plans, the Managing Board of SMT Scharf retains the revenue and earnings targets it has set for the 2017 fiscal year. Chief Executive Officer Hans Joachim Theiss comments: "If the positive business trend based on the current quarterly figures continues unabated, the company's management is confident that a year-on-year improvement in revenue and higher EBIT is realistically achievable in 2017."

The SMT Scharf Group develops, manufactures and services transportation and infrastructure equipment for underground mining as well as for tunnel construction. The main products are captivated railway systems that are deployed all over the world, primarily in hard coal mines, but also in mines for gold, platinum and other metals. They are needed to transport material and personnel with payloads of up to 48 tons and on gradients of up to 30 degrees. In addition, the Group supplies the mining sector with chairlifts. The SMT Scharf Group is active with subsidiaries in seven countries, as well as commercial agencies worldwide. SMT Scharf generates a large share of its revenue in growing foreign markets such as China, Russia, Poland and South Africa. SMT Scharf AG has been listed in the Prime Standard (Regulated Market) of the Frankfurt Stock Exchange since April 11, 2007.