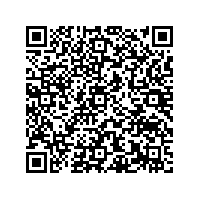 SMT Scharf AG publishes figures for the first half of 2009

SMT Scharf AG (German Securities Code (WKN) 575198, ISIN DE0005751986), technology and global market leader for rail-bound railway systems for the mining sector, has successfully boosted its international business activities in the first half of 2009. This has led the SMT Scharf Group to increase its revenue to € 24.8 million compared to € 18.0 million in the previous year (+38%). At the same time, the proportion of revenues generated outside Germany rose to 77% from the previous year's figure of 67%.

The first three months of 2009 had already been marked by contracts from customers in countries such as China and South Africa. The second quarter followed a similar pattern, with the SMT Scharf Group again attracting great interest from the aforementioned countries in particular. For instance, SMT Scharf was awarded major orders from new and existing customers in China, some of whom required short-term deliveries. A number of trains ordered in the previous year by South African customers went into operation this year. The Russian market also showed initial signs of a recovery. SMT Scharf managed to obtain the first new contracts there after months of near-zero investment by Russian mine operators.

As a result, the profit from operating activities (EBIT) for the first six months rose to € 3.6 million, a 132% improvement on the previous year's figure of € 1.5 million. This represents an EBIT margin of 14.4% compared to 8.6% in the first half of 2008. Measures taken to contain personnel costs and other operating expenditure were of central importance to this growth. This enabled the group to neutralise the effects of unfavourable exchange rate developments.

"We got off to a good start in 2009 and have been able to continue in the same vein in the second quarter. The fact that our revenue from foreign markets is increasing demonstrates that our chosen strategy of expansion will pay off in terms of further long-term growth," comments Dr. Friedrich Trautwein, CEO of SMT Scharf AG. He adds: "It is still very difficult to predict how demand for commodities and thus also our customers' investments will develop over the next couple of months. However, despite some set-backs, the business successes we enjoyed in 2008, as well as the positive developments of the past few months, reinforce our expectations that we can continue to increase the SMT Scharf Group's revenues and earnings on average over the coming years."

The full financial report for the first half of 2009 will be available for download during the course of the day in the 'Investor Relations' area on the www.smtscharf.com website.

The SMT Scharf Group develops, builds and maintains rail-bound railway systems for mining and use in tunnels. The trains are used all over the world, primarily in hard coal mines, gold mines and in underground mining for platinum, diamonds, copper and nickel. They are used to transport material and personnel with working loads of up to 35t. Rail-bound trains are the only means of transport that can be used underground on branching lines to cope with inclines of more than 13 degrees. The SMT Scharf Group has subsidiaries in Germany, Poland, South Africa, China and Russia, as well as agencies around the world. The railways developed by SMT Scharf are characterized, above all, by high-performance engines, high working loads, high speed and low operating and maintenance costs. SMT Scharf records more than 70% of its revenues on high-growth foreign markets, such as Russia, China and South Africa. The replacement parts and repairs business constitutes around 50% of revenues. The advances in exploitation of resources make underground conditions increasingly difficult which in turn requires more high technology transport solutions in mining. The total market for underground transport technology comprises around € 5 billion to € 7 billion per year according to company estimates. SMT Scharf AG has been listed in the Prime Standard (regulated market) of the Frankfurt Stock Exchange since April 11, 2007.