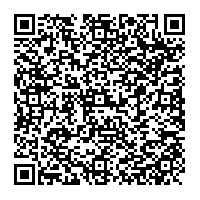 Subscribe to news
(PresseBox) ( Hamm, 15-07-24 )
SMT Scharf AG (WKN 575198, ISIN DE0005751986) announces a further change to its Managing Board. The full-year earnings forecast is also adjusted due to an additional requirement for impairment losses.

At its meeting today, the Supervisory Board of SMT Scharf AG has appointed Mr. Ralf Ferdinand Oberhaus (49) to succeed Mr. Heinrich Schulze-Buxloh (65) as a member of the company's Managing Board with responsibility for the sales and service areas, with effect as of January 1, 2016. Mr. Oberhaus holds degrees in business management and marketing from the German Business and Administration Academy (VWA), and has many years of experience in managing internationally operating German groups focusing on the mining, rail transportation and steel industries. He has access to an extensive network in the main sales markets of SMT Scharf AG, such as China, South Africa and Poland. Mr. Schulze-Buxloh will transfer his area of responsibilities to Mr. Oberhaus before leaving the company at the end of the current fiscal year for age-related reasons, and in line with his contract.

As already announced on June 17, 2015, Mr. Hans Joachim Theiss had already relinquished his mandate as member and Deputy Chairman of the company's Supervisory Board with effect as of July 15, 2015. His appointment as Managing Board Chairman (CEO) of SMT Scharf AG was implemented as of July 16, 2015. Mr. Theiss will be responsible on the Managing Board for the areas of finance and controlling, strategic corporate development, mergers and acquisitions, and investor relations. With effect already as of July 1, 2015, Mr. Wolfgang Embert (Dipl.-Ing.) was also appointed as a member of the company's Managing Board. As Chief Technology Officer of SMT Scharf AG, he will be responsible for the areas of construction, development and production. The new Managing Board consisting of three individuals will assume joint responsibility for the management of SMT Scharf GmbH in the future. The reorganisation and streamlining of management structures has thereby been concluded.

The Managing Board of SMT Scharf also assumes that additional impairment losses, provisions and risk provisioning in a volume totalling around EUR 2.5 million will be required in the current fiscal year. These relate primarily to impairment losses applicable to both current and non-current assets. The Managing Board is consequently adjusting its 2015 earnings forecast. Compared with the previous expectation of operating earnings lying between EUR 2 million and EUR 3 million, the management now anticipates an approximately breakeven result.

SMT Scharf Group develops, manufactures and services transport equipment for underground mines. The main products are captivated railways that are used all over the world, primarily in black coal mines, but also in mines for gold, platinum and other metals. These are needed to transport material and personnel with payloads of up to 45 tons on gradients of up to 35 degrees. SMT Scharf Group has subsidiaries in six countries and agents worldwide. SMT Scharf generates most of its revenues in growing foreign markets such as China, Russia and South Africa. SMT Scharf AG has been listed in the Prime Standard (Regulated Market) of the Frankfurt Stock Exchange since April 11, 2007.