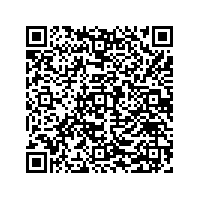 (PresseBox) ( Kirn, 10-08-25 )
Benefiting from a resurgent economy, particularly in the area of mechanical engineering, automotive and chemicals, the SIMONA Group recorded a significant increase in sales volume over the course of the first half of 2010. After a relatively sluggish start to the year, the Group was able to achieve doubledigit growth from March 2010 onward. In total, revenue amounted to €129.7 million (prev. year: €106.3 million), which corresponds to yearonyear growth of 22 per cent.

As at 30 June 2010, EBIT stood at €6.1 million, up 73 per cent on the same period a year ago. Owing to the spiralling prices for polyethylene (PE) and polypropylene (PP), however, margins declined over the same period. The growth in earnings is attributable among other things to a more expansive volume of business and the continuing commitment to cost streamlining, which resulted in a €3.6 million reduction in operating expenses.

Total assets rose by €12.2 million compared to 31 December 2009. The decline in cash and cash equivalents by €22 million was due to a marked increase in receivables on the back of more buoyant business as well as an investment of €10 million made in fixedinterest securities.

The economic climate improved considerably for SIMONA, particularly in Asia. At the same time, both the plant engineering sector and the chemical industry in Germany showed encouraging signs of improvement. All sales regions served by the SIMONA Group achieved doublefigure growth, with "Asia, the Americas and Australia" proving by far the most buoyant. "The official inauguration of our new Chinese plant in April 2010 serves as evidence that we are on the right track. Operating with our own local production facility, we are able to support our customers' regional growth more effectively and with greater speed and flexibility," says Wolfgang Moyses, CEO of SIMONA AG.

As regards the annual period as a whole, the development of commodity prices and capital expenditure levels in general are considered to be key factors. From today's perspective, Group revenue of €240-250 million is considered an an attainable, albeit ambitious, target. The level of earnings will depend primarily on the extent to which significantly higher commodity costs can be passed on to customers.

SIMONA AG is a manufacturer of thermoplastic products with production facilities and sales offices around the globe. The company's product portfolio includes semifinished products (sheets, profiles, welding rods), pipes and fittings as well as finished parts.

SIMONA employs more than 1,200 people worldwide. In total, 35,000 products for a diverse range of applications are manufactured at facilities in Germany and abroad. Annual production exceeds 100,000 tonnes. SIMONA AG is a stock corporation listed in the General Standard. The company's registered office is in Kirn, Rhineland-Palatinate (Germany).