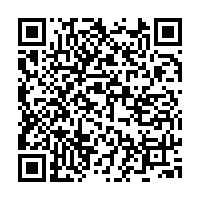 Subscribe to news
(PresseBox) ( Frankfurt am Main, 12-09-14 )
.
- This was not the last time Karlsruhe had to rule on Euro-area legislation
- Full sterilization of OMTs has no impact if ECB provides banks unlimited liquidity
- Growing market optimism is mostly but not only policy driven

The German High Court rejected the complaints against the ESM yesterday as "fundamentally unfounded". In summary, the court stated that the degree of Germany's fiscal involvement in response to the Euro crisis is a political and not a legal decision as long as parliament is in control and contractual liability limits are binding. The court further stated that the conditionality is implicitly met and only urged the government to make it more explicit. The ESM has now the green light. How soon it will get started, however, remains unclear. Clear is that this was not the last time the German High Court had to rule on Euro-area legislation. The crisis is by far not over, more coordinated action and legislation is likely to follow and the road to Karlsruhe is easy.

ECB is ready but may not act soon

- First, the fact that the ECB outlined the modalities of its new bond purchase program (OMT) at all.

We as well as much of the market had expected a delay until after September 12.

- Second, the statement that OMTs will be ex ante unlimited in size. Previously, ECB president Draghi talked about adequate size.

- Third, the announcement that the maturity range will be up to three years. Earlier, ECB president Draghi described the new bond purchases as a form of money market operations, which would imply a maximum maturity of one year.

A potentially negative (but not much noticed) surprise for markets was the statement that OMTs will be fully sterilized. Earlier statements by ECB president Draghi suggested that the operations would not or only partially be sterilized. Full sterilization is probably a concession to those ECB council members who worry more about inflationary implications. The question is whether unlimited bond purchases can have the desired effect if they are fully sterilized. The answer depends on the type of sterilization and the overall monetary policy stance.

Strictly speaking, sterilization means that one operation is offset by an opposite operation on the same side of the balance sheet so that the overall size of the balance sheet remains unchanged. An example would be if the ECB reduces the lending to banks by the same amount as the bond purchases. Balance-sheet-neutral sterilization is sometimes used for FX interventions, but undermines their effectiveness. Anyway, this is not what the ECB has done to sterilize the SMP operations in the past. The ECB has chosen a softer form of sterilization. It has absorbed the extra liquidity created by the bond purchases on banks' ECB current account by auctioning one-week term deposits (see box on previous page). In that case, the balance sheet expands but banks cannot immediately spend the extra money. Success of that operation depends on the interest rate that the ECB offers to banks. Despite a few failed auctions, this sterilization has technically worked (see table on previous page) and is probably what the ECB will do with the OMTs as well.

In practice, the sterilization effect depends critically on the overall monetary policy stance. In the first year of the SMP, the ECB has tried to normalize its policy (interest rates). The balance sheet shrunk by nearly 5% as increases in gold and FX reserves as well as domestic securities were more than offset by a 45% reduction in lending to banks (see table on previous page). After June 2011, ECB policy has been reversed. In response to the collapse of the interbank market between the periphery and the core the ECB has provided unlimited liquidity with longer maturities and softer collateral standards and cut interest rates. Since then, the ECB balance sheet has expanded 63% as lending to banks has surged 185%.

Without that policy shift, the Euro would most likely have collapsed. As long as the ECB maintains this accommodative stance, which is what we expect, full sterilization will not hamper the effectiveness of OMTs.

The ECB may be hoping that the announcement of ex ante unlimited bond purchases will be enough to stabilize markets and that it never actually needs to activate OMT. Indeed, the honeymoon may last a while, but sooner or later stress is set to reemerge. Greece, for example, may trigger the next round of market volatility and cause renewed trouble for Spain. Would Spain then request and get EFSF/ESM support? In our judgment, Spain will eventually request help just as it did in June, but only in form of a precautionary credit line. First, the Spanish government will do anything to avoid large additional reforms. Second, German support for a full package is very unlikely, given its potential size and what that means for the resources of EFSF and ESM. Spain is widely viewed as compliant and approval of a precautionary credit line is likely. Nevertheless, a fierce debate in Germany is pre-programmed as approval automatically implies giving the ECB the green light for potentially unlimited bond purchases. Once a Spanish program is approved, which may take a while, we expect the ECB to act fast and squeeze the market. That is the only way the ECB can hope to restore orderly market conditions without having to be permanent in the market.

The ECB has contributed significantly to the turn in market sentiment, but it is not the only driver. Markets turned first after the Spanish bank recapitalization program in June and the subsequent EU summit. Moreover, good news came not only from the Euro area. In the US, there is a growing sense that the fiscal cliff will look more like a speed bump and the Fed seems ready to launch another round of quantitative easing. China is also easing both fiscal and monetary policy and there are more signs of policy easing across both developed and emerging markets. Yet the growing market optimism is not having much impact on business sentiment so far. Indeed, most output and labor market indicators support the growing business pessimism and highlight the risks ahead.

Nevertheless, the global economy is in our judgment at a turning point. First, global demand dynamics, especially consumption, is improving. Global car sales, for example, are up about 17% from last year with no visible fading of momentum in recent months. Second, the growing impatience of policymakers with the poor growth performance is triggering ever more aggressive policy responses and in aggregate may well lead to an overreaction. To be sure, market sentiment is fickle and can flip quickly and risks that the economic slowdown gains more momentum are plenty. Yet, we believe that chances are larger that policy action and the privatesector response will produce stronger growth, especially going into 2013.