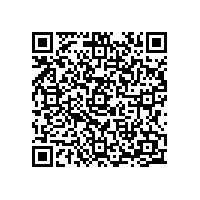 (PresseBox) ( Linnich, 17-04-27 )
SIG Combibloc has welcomed the COVAP cooperative as a new customer in Spain. At its production facility in Pozoblanco (Andalusia), COVAP is now using SIG Combibloc filling technology to fill ‘Hacendado’ milk with different fat contents in combiblocSlimline 1,000 ml carton packs from SIG Combibloc. ‘Hacendado’ is one of the brands of Mercadona, Spain’s biggest supermarket chain.

“COVAP was looking for an efficient and high-performance packaging solution, to expand its production capacity. We’re delighted that our filling technology and service was able to convince the company, to display more of our carton packs on the shelves in Mercadona’s stores”, says Julio Cuerva, Head of Sales Iberia at SIG Combibloc.

After INTERAL, which supplies soup to Mercadona and has been using SIG Combibloc filling technology to fill its soup for the chain since 2014, COVAP is the second of Mercadona’s suppliers to turn to SIG technology.

Antonio Carmona, Managing Director at COVAP: “We’ve been impressed by the performance, efficiency and flexibility of the filling machines from SIG Combibloc. Moreover, the commitment of the whole SIG team has shown that at all times the priority was to implement a solution that fits perfectly for us and our strategic goals”.

In Spain, SIG Combibloc has welcomed the COVAP cooperative as a new customer. At its production site/facility in Pozoblanco (Andalusia), COVAP is now using filling technology from SIG Combibloc to fill ‘Hacendado’ milk with different fat contents in combiblocSlimline 1,000 ml carton packs from SIG Combibloc.