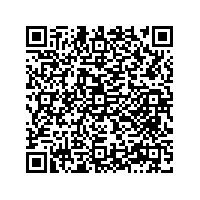 Subscribe to news
(PresseBox) ( Geneva, 10-08-16 )
On August 1, 2010, SGS announced Jason Scott as the new Strategic NDT Operations Development Leader for Asia. Jason assumed responsibility for the development of strategic operations for Non-Destructive Testing globally but with a particular focus on Asia.

SGS appointed Jason Scott as the new Strategic NDT Operations Development Leader for Asia, based in the Philippines. Jason will focus on developing strategic operations in the field of Non-Destructive Testing (NDT) and Project Management globally but with a particular focus on Asia.

In 1994, Jason started his career as NDT technician in the United Kingdom, where he gained valuable experience in the field of Non-Destructive Testing. In 1997 he took the opportunity to work at Lavender International, the International NDT Training Center based in Sheffield, UK, where he spent several years travelling around the world training and examining inspectors in accordance with American and European certification schemes, before joining SGS in April 2004.

Jason was then based in Nigeria managing major multinational NDT projects for SGS on Bonny Island. Three years later, in 2007, he joined SGS China in Shanghai to take on the challenge of opening a new NDT Training & Examination Center for the SGS Group.

Six years later, on August 1, 2010, Jason was appointed as Strategic NDT Operations Development Leader for Asia, based in Philippines. In his new role, he will be responsible for the development of strategic operations in the field of Non-Destructive Testing (NDT) and Project Management for SGS Industrial Services.

In addition to a wide range of Non-Destructive Testing Services, SGS provides NDT Training Courses and Certification Services in accordance with European (EN473) and American (ANST) Standards. These are available at the SGS NDT Training Center in Shanghai. Offering training services is a key part of SGS' strategy to improve quality and safety across the globe. SGS trains and examines personnel on the highest inspection standards worldwide.

The SGS Group is the global leader and innovator in inspection, verification, testing and certification services. Founded in 1878, SGS is recognized as the global benchmark in quality and integrity. With 59,000 employees, SGS operates a network of over 1,000 offices and laboratories around the world.