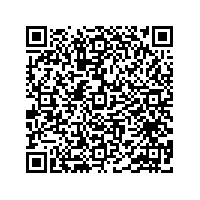 Semperit Ag Holding: Revenue and Earnings Increase in the First Half of 2010

The order situation of the Semperit Group during the first halfyear 2010 developed significantly better than in the particularly difficult 2009 financial year.

On balance, total revenue climbed 11.6% from the prioryear period, to EUR 330.3 million. Earnings before tax could be improved by 13.6% to EUR 39.8 million despite the massive rise in raw material costs. The net profit for the period of the Semperit Group amounted to EUR 22.0 million, considerably above the previous year's level.

Performance of the Divisions

The Sempermed division continued to report good demand in the first half of 2010, increasing revenue by 12.6% to EUR 152.6 million. In particular, the Semperflex division profited from the improved economic environment, expanding revenue by 29.6% to EUR 69.5 million. The Semperform division witnessed a turnaround in the second quarter, with revenue up 6.9% to EUR 51.4 million. In the first halfyear 2010, the Sempertrans division was the only one suffering a decline in revenue, which fell 3.6% from the previous year to EUR 56.8 million.

In addition to the continued difficulties in assessing the economic situation, the further development of raw materials prices, which are partly at record levels at the present time, comprises the biggest element of uncertainty. Based on the good market position in all divisions and the ability of the company to quickly react to changed market requirements and economic conditions, the management of the Semperit Group continues to anticipate a satisfactory business development for the 2010 financial year as a whole.

The complete Half-Year Financial Report 2010 of the Semperit Group has been published and can be viewed on the company's Website at www.semperit.at.

Recommend Semperit Ag Holding: Revenue and Earnings Increase in the First Half of 2010 press release