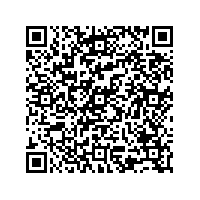 · Sales increased by 6.8 percent to 61.9 million euro
· Output from the site in Schramberg boosted by 9.2 percent
· Order book stable at 160.5 million euro

The SCHWEIZER Group increased sales by 6.8 percent to 61.9 million euro in the first half year 2017 (2016: 58.0 million euro). Thanks to the investments undertaken in the fiscal year 2016, the production output from the Schramberg site even boosted by 9.2 percent to 57.0 million euro. While the turnover increase was achieved across almost all market regions, Asia contributed to the largest extent with a 50 percent sales growth against previous year’s period. Order income amounted to 64.0 million euro, so that the order book rose to 160.5 million euro, with 63.2 million euro planned for delivery in 2017. Compared to the previous year, the order income from industry customers was particularly dynamic: The order book for this customer group increased by 80 percent to 29.3 million euro. The automotive sector, however, still represents the biggest customer group.

“Despite the challenges triggered by the diesel emissions scandal, the stable development in the automobile industry is going to continue - in particular in the main areas of innovation such as energy efficiency, e-mobility and high frequency applications. We expect the demand for our products to fully utilise or even exceed our capacities”, says Marc Bunz, Chief Financial Officer of Schweizer Electronic AG. “In view of the sales increase to 61.9 million euro in the first half year, which was slightly above our expectations, we increase the upper limit of our sales forecast for the year 2017 to between plus 3 to 5 percent. Next to the stable output from the production site in Schramberg, increasing volumes from our partnerships with WUS Kunshan and Meiko in Vietnam will contribute to the turnover. Against the background of the one-off special effects of the first half year 2017, we expect an EBITDA margin of between 7 to 8 percent.”

With 787 employees SCHWEIZER achieved sales of 116.1 million euro in Fiscal Year 2016 (ending December). The company was founded by Christoph Schweizer in 1849 and is listed at the Stuttgart and Frankfurt Stock Exchanges (ticker symbol "SCE", "ISIN DE 000515623").