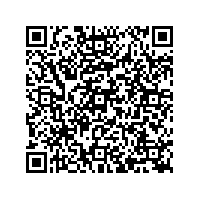 SCHWEIZER’s turnover development is characterised by further successful business with the highly complex products of the company’s technology portfolio, making up 55% of the total turnover in the last fiscal year (2015: 52%). With 87.8 million euro sales in 2016, the automotive suppliers again constituted the largest customer sector, accounting for more than 75% of SCHWEIZER’s total turnover.

First orders to customers from the aviation sector were carried out in the last fiscal year, and this business is forecasted to grow considerably as the entire aviation sector expects disproportionately high market growth rates in the years to come. First successes triggered by expanded sales activities were visible in the increasing internationalisation of the sales markets, in particular through expanded turnover in China, South Korea and the Philippines, but also on the American Continent, where turnover has trippled to 12.6 million euro since 2014. The order book climbed by 6.2% to 158.4 million euro in 2016 compared to 149.1 million euro in 2015.

The company’s equity capital continues to stay on a high level, reflecting the group’s financial stability. The equity capital amounted to 64.8 million euro and corresponds to an equity ratio of 55.1%. Net gearing was -1.5 % compared to -5.1% in 2015.

SCHWEIZER expects a predominantly positive development with technologically demanding products from the areas of system cost reduction and power electronics for applications in e-mobility, sensors for safety systems and autonomous driving. This means further growth with customers from the automotive sector. Considering the diversification strategy of the customer portfolio, further turnover increase is expected through aviation customers due to predatory competition. In addition, first sales are expected via the strategic partnership with WUS Printed Circuit (Kunshan) Co., Ltd., China in the field of high frequency applications.

"Our expectations are already covered primarily through our order book", says Marc Bunz, Chief Financial Officer of Schweizer Electronic AG. "For 2017 we expect a slight turnover increase by 2 to 4% compared to 2016. The total amount of orders, destined for shipment in 2017, already came up to 108.2 million euro at the balance sheet date. We expect a slightly better year end result in 2017, striving for an EBITDA margin of again 8 to 9% of total turnover. This assumes that the proportion between turnover of our production in Schramberg and turnover achieved by our Asian partners shows no considerable shifts."

The annual report for the year 2016 is available on http://www.schweizer.ag/de/investorrelations/finanzberichte.html. An English version of this report will be available soon.

Schweizer Electronic AG stands for state-of-the-art technology and consultancy competence. SCHWEIZER's premium printed circuit boards and innovative solutions and services for automotive, solar, industry and avia-tion electronics address key challenges in the areas of Power Electronics, Embedding and System Cost Re-duction. Its products are distinguished for their superior quality and their energy-saving and environmentally-friendly features. Together with its partners WUS Printed Circuit (Kunshan) Co., Ltd., Meiko Electronics Co. Ltd. and Elekonta Marek GmbH & Co. KG the company offers in its division electronics cost- and production-optimised solutions for small, medium and large series. Together with its partner Infineon Technologies AG, SCHWEIZER plans to jointly tap the chip embedding market in future.

With 787 employees SCHWEIZER achieved sales of 116.1 million euro in Fiscal Year 2016 (ending Decem-ber). The company was founded in 1849, is managed by family members and listed at the Stuttgart and Frankfurt Stock Exchanges (ticker symbol "SCE", "ISIN DE 000515623").