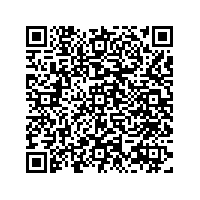 Subscribe to news
(PresseBox) ( Großröhrsdorf / bitterfeld-Wolfen, 09-07-30 )
Sunfilm AG, Grossroehrsdorf, and Sontor GmbH, Bitterfeld-Wolfen, announced today the completion of all formal requirements for the merger of Sunfilm AG and Sontor GmbH, including the receipt of the approval for this merger by the European Commission. The company can now start with the implementation of its detailed merger activities. The new company will be known as Sunfilm AG.

"After our announcement of the intended merger, we received very enthusiastic reactions from all our employees, customers, suppliers and service providers. We are looking forward to continuing to work with all of them on realizing the promising future of silicon-based thin film technology", says Wolfgang Heinze, Chief Operating Officer and Chairman of the Executive Board.

Through this merger, which was announced on April 29, 2009 and the entry in the commercial register of Germany on July 28, 2009, the new company will become one of the leading manufacturers of silicon-based thin film modules in the world with 145MWp annualized capacity. Of this capacity, 85MWp is already on-line at the Bitterfeld-Wolfen and Grossroehrsdorf locations. The additional 60 MWp will be started-up later this year in Grossroehrsdorf. Currently the company employs over 400 people, but additional jobs will be created as the production expansion comes on-line stepwise. At the new research and development center, which is planned at the Bitterfeld-Wolfen location, the companies will combine their thin film expertise to accelerate new product development, thereby further strengthening the competitive position of the new company.

Founded in 2006, Sontor GmbH, located in Bitterfeld-Wolfen, Germany, is a wholly-owned subsidiary of Q-Cells SE. The company develops, produces and markets solar modules incorporating highly efficiency tandem junction silicon-based thin film technology. The modules are 1.8m² in size and available on the market since summer 2008.

Sunfilm AG was established at the end of 2006 and is located in Grossroehrsdorf, Saxony, Germany.

The company develops, produces and markets solar modules incorporating highly efficiency tandem junction silicon-based thin film technology. These modules are up to 5.7m² in size, while half-size and quarter-size modules are available as well.