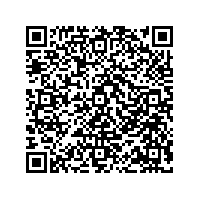 (PresseBox) ( Brunsbüttel, 12-07-09 )
Since the foundation in 2006, the planning, consulting and engineering company NavConsult offers high specialized, individual advices for the maritime industry. The main focus is on the development of tug boats, pontoons and specialized vessels for the offshore business, as well as planning and execution of comprehensive transport and logistic projects.

During this extensive project a total of 30 turbines of REpower 6M type were transported. The performance took place in 10 circulations: At the beginning of each trip three hubs and three nacelles were loaded in Bremerhaven. Afterwards the barge was transported to Cuxhaven, where in addition six tower sections have been loaded. Concluding the crossing to Oostende in Belgium took place, where all of the components had been discharged, before the ship went back to Bremerhaven to start the next tour.

At the end of February the first shipment in Bremerhaven started and in the last week the 10th circulation was completed successfully. The project team of NavConsult chartered pontoon Eidebarge 42 and tug boat Claus (shipping company J. Johanssen & Sohn) to perform the project. NavConsult organized, dimensioned and installed the sea fastening on the barge. The company was also responsible for calculations of stability.

The towing company Hans Schramm & Sohn Schleppschifffahrt GmbH & Co. KG, just like NavConsult a company of SCHRAMM group, took over all the welding and lashing work as well as provision of loading personnel including the supercargo in Cuxhaven and Bremerhaven. Furthermore, the charter of the towing equipment and tug assistance with PARAT and MAX was included in the scope of work of Hans Schramm & Sohn Schleppschifffahrt.

Due to the long business relation between the companies of REpower and the SCHRAMM group, this project had been closed successful. All the equipment was delivered in Oostende without any damage or delay. The turnkey solution, processing and experience for this kind of comprehensive projects, which was offered by NavConsult has mainly lead to the success of this project. The transports have contributed to the smooth provision of the components for the construction of the offshore wind farm Thornton Bank Phase II.