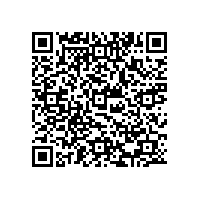 Subscribe to news
(PresseBox) ( Munich, 12-07-26 )
The Schaltbau Group surpassed its own expectations in the second quarter 2012, despite the generally difficult economic environment. At the halfway stage, the Group is firmly on course to achieve its targets for the full year 2012. We confirm the earnings per share forecast to date. Due to the change in the way the company's shares are quoted (still pending), resulting from the share split resolved at the Annual General Meeting on 6 June, the forecast for earnings per share will be adjusted from € 8.83 to € 2.94.

In the Mobile Transportation Technology segment, order intake fell by 9% in the first half of 2012. Although the order situation in the Door Systems for Railway Vehicles product group continued to be good, negative market factors put pressure on performance for the Door Systems for Buses and Fittings for Sliding Vehicle Doors product groups. The first major order was acquired via the newly formed South Korean subsidiary. Including Pintsch Tiefenbach, order-intake figures in the Stationary Transportation Technology segment rose by 37%. The growth was evident across all fields of business, quite apart from the effect of the new consolidation. In the second quarter, Pintsch Tiefenbach was awarded a major project in the field of shunting equipment. The order situation in the Components segment improved significantly during the second quarter 2012 and, after the first six months, the 20% drop in order intake seen during the first quarter was meanwhile only 8% down on last year's figures. The business situation in China demonstrated increasing stability towards the halfway point in the year. Driven by brisk demand in the photovoltaic and railway sectors, business performance in the USA remained highly positive throughout the entire six-month period. Moreover, business figures reported for the Russian market were again outstanding.

Powered by the continued good level of incoming orders, the Schaltbau Group achieved sales growth of 12% to report € 91.4 million for the three-month period ended June 2012 (Q2 2011: € 81.7 million), thus largely maintaining the growth rate seen in the first quarter. Sales rose by 13% to total € 176.1 million during the six months under report after recording € 155.8 million at the end of June 2011. Group sales figures were therefore well up on 2011, even after adjustment for the € 8.2 million attributable to the Pintsch Tiefenbach Group.

Total output for the six-month period under report grew to € 178.3 million (2011: € 160.0 million). Operating profit (EBIT) amounted to € 13.9 million (2011: € 15.9 million), exceeding the Group's own expectations. The differences compared with the previous year relate to upfront expenditure for personnel and product development and sales mix factors as well as the negative earnings reported by the Pintsch Tiefenbach Group in the first quarter. However, Pintsch Tiefenbach reached the break-even mark during the second quarter. The EBIT margin stood at 7.9% after recording 10.2% during the same period one year earlier.

Group net profit for the six-month period under report totalled € 9.8 million, as compared with € 12.7 million last year, which had been positively impacted by exceptional effects of approximately € 2.1 million recorded within the result from investments. Earnings per share stood at € 3.88 compared with € 5.52 one year earlier.