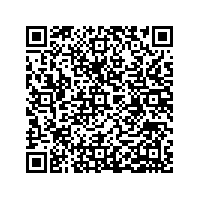 Subscribe to news
(PresseBox) ( Munich, 09-07-21 )
The Schaltbau Group performed as expected in the first half of 2009 despite highly difficult economic conditions and confirms its earnings forecast for the full year. Assuming that markets relevant for the Schaltbau Group do not suffer a massive slump in the further course of 2009, the Group abides by its prediction of earnings per share in the region of € 6.20.

In the first half-year of 2009 the Schaltbau Group recorded order-intake figures of € 140.4 million as compared with € 151.6 million during the first six months of the previous year, amounting to a decline of around 7%. The impact of the unfavourable economic situation was, however, more noticeable in the second quarter than at the beginning of the year. From April to June 2009 incoming orders totalled € 61.1 million (Q2 2008: € 69.1 million). The Schaltbau Group order book, which totalled EUR 179.7 million on 30 June 2009 (30 June 2008: € 192.1 million), continues to stand at a high level.

Based on the good order-book figures, the Schaltbau Group was successful in increasing its sales revenues during the first half of 2009. At € 142.5 million, sales surpassed last year's figure of € 140.1 million by approximately 2%. Revenues for the second quarter stood at € 69.9 million (Q2 2008: € 75.0 million). Thus sales vitality has declined in the course of the period under report.

Sales rose slightly in the Mobile Transportation Technology segment during the six months under report. The positive performance was primarily due to the product group Door Systems for Railway Vehicles, which grew strongly throughout the period. Ongoing delays in the awarding of railways projects curbed development in the Stationary Transportation Technology segment, whereas sales of braking systems continued to benefit from the high order-book level of the past. The Components segment was also partly able to compensate for weak sales in the industrial applications field due to the high order-book figures in the railways sector.

The Schaltbau Group's earnings in the first half of 2009 were affected by changes in inventories, which were considerably reduced, particularly in the second quarter 2009. Thus total output fell by 5% to € 136.1 million. In view of the growth expected in the future, personnel was specifically strengthened within the Group and rising personnel expenditure was therefore consciously taken into account. Personnel costs for the first-time consolidated Schaltbau Machine Electrics amounted to € 572 thousand. In contrast, material costs decreased owing to favourable price developments on raw materials markets. On balance, earnings from operating activities (EBIT) dropped from € 12.9 million in the first six months of last year to € 11.4 million in the period under report. Relating to sales revenues for the first half of the year, the EBIT margin sank to 8.0 percentage points (previous year: 9.2%). EBIT for the second quarter totalled € 5.3 million after a figure € 7.4 million the previous year.

Based on the continued good earnings performance, the Schaltbau Group was again able to increase its equity base over the first half of 2009. Equity stood at € 14.4 million on 30 June 2009, approximately € 5.8 million higher than the total at 31 December 2008.