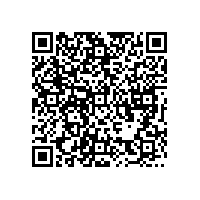 Operating cash flow was €2.87 billion, an increase of 16% year-over-year. Free cash flow increased 12% year-over-year to €2.58 billion. As a result, the company continues to deleverage its balance sheet ending the quarter with net debt of €460 million, an improvement of €2.8 billion year over year.

With SuccessFactors and Fieldglass, SAP delivers total workforce management across both permanent and contingent labor, localized for more than 80 countries and more than 40 languages. Top industry analysts recently gave SAP SuccessFactors the highest rankings in Cloud HCM for Core HR and Talent Management for global organizations with more than 5,000 workers as well as for mid-market European-headquartered enterprises. SuccessFactors Employee Central, which is the core of our HCM offering, had close to 1,700 customers at the end of the first quarter. Companies like Dolce & Gabbana selected SAP’s workforce management solutions in the first quarter.

SAP’s next generation customer engagement solutions enable businesses to manage their front office across the entire spectrum from marketing to sales to services – seamlessly and in real-time. Businesses get a single view of their customer – be it social, retail or e-commerce. SAP’s CEC solutions serve both B2C and B2B across a wide range of industries, including retail, telco, financial services, manufacturing and the public sector. Top industry analysts recently named SAP Hybris a leader for B2C and B2B Digital Commerce and Multichannel Marketing Campaign Management. SAP’s CEC solutions once again achieved strong double-digit cloud subscriptions and support revenue growth as well as double-digit growth in software revenue.

Each of SAP's business network solutions provide a rich, open, global platform that connect a large ecosystem of customers, suppliers, partners and developers delivering ever expanding content and innovation. On the Ariba Network, more than 2.7 million companies in over 180 countries collaborate and trade more than $900 billion in goods and services annually. Concur helps more than 47 million end users effortlessly process travel and expenses. With SAP Fieldglass customers manage over 3.3 million contingent workers in approximately 140 countries. Cloud subscriptions and support revenue in the SAP Business Network segment was up 24% in the first quarter.

In the EMEA region, cloud and software revenue increased 10% (IFRS). Cloud subscriptions and support revenue grew 43% (IFRS) with an especially strong quarter in Germany, France and Italy. SAP had triple-digit software revenue growth in South Africa and the Netherlands.

The Company reiterates the following 2017 outlook:

– Based on the continued strong momentum in SAP’s cloud business the Company expects full year 2017 non-IFRS cloud subscriptions and support revenue to be in a range of €3.8 billion to €4.0 billion at constant currencies (2016: €2.99 billion). The upper end of this range represents a growth rate of 34% at constant currencies.

While the Company's full-year 2017 business outlook is at constant currencies, actual currency reported figures are expected to continue to be impacted by exchange rate fluctuations. If exchange rates remain at the March 2017 average level for the rest of the year, the Company expects its non-IFRS cloud and software revenue growth rate as well as its non-IFRS operating profit growth rate to experience a currency benefit in a range of 2 to 5 percentage points for the second quarter 2017. For the full year 2017, we expect to have a benefit in a range of 1 to 4 percentage points.

Changes to the SAP Executive Board

The Supervisory Board of SAP SE has decided to expand the responsibilities of the Executive Board members Robert Enslin and Bernd Leukert as of May 1, 2017. Robert Enslin will lead the new Cloud Business Group. Furthermore, the Supervisory Board has named Adaire Fox-Martin and Jennifer Morgan to the Executive Board. They will be co-presidents of Global Customer Operations and oversee all SAP regions.

Steve Singh, the Executive Board member responsible for Business Networks and Applications, will leave SAP SE on April 30, 2017.

General Remarks about this Quarterly Statement and the SAP Integrated Report

Since Q1 2016, we issue a quarterly statement for each of the four fiscal quarters. Additionally, we issue a half year report and a full year integrated report. SAP’s 2016 Integrated Report, and 2016 Annual Report on Form 20-F were published on February 28, 2017, and are available for download at www.sapintegratedreport.com.

For a more detailed description of all of SAP’s non-IFRS measures and their limitations as well as our constant currency and free cash flow figures see Explanation of Non-IFRS Measures online.

SAP senior management will host a financial analyst conference call at 2:00 PM (CET) / 1:00 PM (GMT) / 8:00 AM (Eastern) / 5:00 AM (Pacific). The call will be webcast live on the Company’s website at www.sap.com/investor and will be available for replay. Supplementary financial information pertaining to the first quarter results can be found at www.sap.com/investor.

1 New cloud bookings is the total of all orders received in a given period the revenue from which is expected to be classified as cloud subscription and support revenue and that result from purchases by new customers and from incremental purchases by existing customers. Consequently, orders to renew existing contracts are not included in this metric. The order amount must be committed. Consequently, due to their pay-per-use nature, business network transaction fees which do not include a committed minimum consumption are not reflected in the bookings metric (e.g. SAP Ariba and SAP Fieldglass transaction-based fees). Amounts included in the measures are generally annualized (annualized contract value ACV).

As market leader in enterprise application software, SAP (NYSE: SAP) helps companies of all sizes and industries run better. From back office to boardroom, warehouse to storefront, desktop to mobile device - SAP empowers people and organizations to work together more efficiently and use business insight more effectively to stay ahead of the competition. SAP applications and services enable more than 350,000 business and public sector customers to operate profitably, adapt continuously, and grow sustainably. For more information, visit www.sap.com.