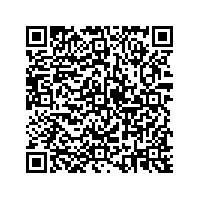 One-time costs due to takeover by SAP affect net profit

SAF AG can look back on a year that has been both eventful and successful. Despite a difficult economic environment faced by the entire industry, SAF lifted its sales by an encouraging 24.0 percent to EUR 16.6 million. This growth was buoyed by strong demand for software licenses, sales of which rose by 36.4 percent to reach EUR 7.0 million as a result. Last year, SAF entered into direct business agreements amongst others with two top companies - the leading US supermarket chain Winn-Dixie and the perfumery retailer Douglas. In addition to these two agreements, SAF sold 12 OEM licenses in the year under revenue, as compared to 10 in fiscal year 2008.

The maintenance business grew by 26.6 percent, generating EUR 8.0 million in revenues. This area is sure to provide a firm foundation for the Company's growth in the current year since every software license sold translates into additional maintenance sales.

Sales fell by 18 percent to EUR 1.6 million in our third business unit, services, since a number of larger service projects had been completed by the beginning of the reporting period. Consolidated net profit fell by 65.7 percent from EUR 2.1 million to EUR 0.7 million due to oneoff expenses of EUR 2.8 million incurred as a result of SAP's acquisition of SAF.

"Fiscal year 2009 was marked not only by the continuation of our expansion but also by a key milestone in the Company's history", comments Dr. Andreas von Beringe, CEO and president of the Board of Directors the past business year and the friendly takeover by the SAP Group, which has held approximately 70 percent of SAF's share capital since the autumn of 2009.

In these times of ever more fierce competition, SAF could not be better positioned than under the wing of the world's market leader for standard business software. SAP's global sales network offers SAF the ideal springboard for further expanding sales of our superior ordering and forecasting systems worldwide. SAP is offering SAF strong momentum, as it plans to market SAF systems as a component of SAP's F&R (Forecasting & Replenishment) solution even more intensively.

SAF will remain an independent and powerful company going forward. This applies to products, locations and the direct sales business, which is growing ever stronger. This year, SAF intends to concentrate in particular on winning over new customers in Europe and the US. The new face of SAF's Executive Management sends a clear signal as to its continued independence. "My successor as CEO, Udo Meyzis, comes from within SAF. This will ensure that SAF's successful strategy remains on track. Going forward, SAF will continue to operate as an SAP OEM partner as well as under its own flag on the automated ordering systems market" explains von Beringe SAF's future and adds: "The future CTO, Uwe Zachmann, and the new CFO, Philipp Zielke, both come to us from SAP. SAF will therefore benefit from a close cooperation with its majority shareholder, in the area of product development as well as in the area of finance."

SAF's superior expertise as the technological leader for automated replenishment planning, coupled with SAP's strong market presence, will open doors to new markets. Going forward, SAF could support retailers as well as businesses in other sectors in optimizing their supply chains on the basis of reliable forecasting.

SAF AG was established in 1996 by Dr. Andreas von Beringe and Prof. Dr. Gerhard Arminger. SAF shares are listed at the official market (Prime Standard) at the Frankfurt Stock Exchange (FWB). Today, the company employs approx. 100 people. Consolidated sales revenues for fiscal year 2009, according to IFRS statements, were EUR 16.6 million with consolidated profit of EUR 0.7 million which were affected by onetime costs of EUR 2.8 million due to the takeover by SAP. SAP currently holds approx. 70 percent of SAF's shares. SAF's products are distributed in many European countries as well as in the United States. The company is headquartered in Tägerwilen, Switzerland. SAF also has a subsidiary in the United States: SAF Simulation, Analysis and Forecasting U.S.A., Inc., Grapevine, Texas and in Slovakia, Bratislava: SAF Simulation, Analysis and Forecasting Slovakia s.r.o. with the focus on Nearshore-Development.