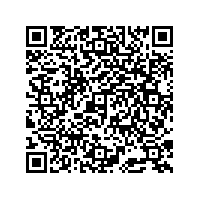 Key figures for the Saarstahl Group for the business year 2016

· Difficult financial year for the Saarstahl Group in 2016
· Good utilization of the facilities and high sales levels for wire rod and bar steel in spite of relining of blast furnace 4
· Group turnover fell from 2.159 auf 2.028 billion euros due to a decrease in revenues
· Very sound financial structure with an equity ratio of 70 %

Due to a decrease in revenues and the continuing tense situation at the subsidiary Saarschmiede, the Saarstahl Group recorded a very difficult business year in 2016. However, there was consistently good utilization of capacity in the bar steel and wire rod facilities and shipping volumes remained around the same high level as the previous year. Fred Metzken, Spokesman for the Management Board, commented on the annual figures saying “We were able to record consistently good sales of wire rod and bar steel in 2016 in spite of the adverse market environment. At the same time, there was great pressure on the financial results. This was largely due to the reduction in revenues and the higher expenses, above all in connection with the very difficult situation at Saarschmiede. Overall, the Saarstahl Group continues to have a very good equity ratio and financial structure”.

The market for long products was again characterized in 2016 by overcapacities and the unchanged continuation of imports into the EU market, in particular from China. The ongoing structural crisis aggravated the existing pressure on volume and price. By positioning itself in the higher-value quality range, in 2016, Saarstahl AG was able to benefit from the robust development of strongly export-orientated German automotive manufacturers in the premium sector. Utilization of capacity was therefore on a consistently high level in spite of the relining of blast furnace 4 at ROGESA Roheisengesellschaft Saar (ROGESA). Sales revenues were also under pressure in 2016 and only recovered towards the end of the year. There was no change in the situation at Saarschmiede GmbH Freiformschmiede which continued to be very tense. Most market segments in which Saarschmiede operates are characterized by large overcapacities, aggressive competition and, in connection with these factors, also by high price pressure. Political crises in the Middle East or North Africa as well as profound changes on energy markets with accompanying low oil and gas prices, have meant that investment behaviour in the field of energy generation worldwide has been very hard to predict.

Figures for the Saarstahl Group for the year 2016:

· Group sales amounted to 2.028 billion euros (previous year: 2.159 billion euros). Germany continues to be the most significant sales market for Saarstahl, ahead of the EU and thirdparty countries (NAFTA, Asia, Rest of the World).

· The clearly negative result is due to the decrease in sales revenues and the higher expenses, largely in connection with the very difficult situation at Saarschmiede.

· At 103 million euros, investments in the group further increased to a higher level (previous year: 90 million euros). Thus Saarstahl has invested more than 1 billion euros in facilities and processes since 2010.

· With 70.3 %, the Saarstahl Group continues to have a very good equity ratio and financial structure in a comparison within the industry.

Better business year expected in 2017
Further significant risks are still to be expected in the steel industry's economic situation in 2017. These risks are caused by global overcapacities as well as by steel at dumped prices from China and other countries. In addition, there are the rerouting effects of the flow of goods into the EU due to increased protectionism worldwide as well as high volatility on the market for raw materials, especially for iron ore, coking coal and scrap. This means that there is continued pressure on steel prices and sales margins.

Against this backdrop, it is imperative that a suitable course is set in politics regarding trading and climate policies. Fast decision-making routes to initiate anti-dumping measures, fair market practices and comparable statutory requirements regarding CO2 reduction are required to avoid the danger of de-industrialisation in Western Europa and to prevent the existential threat to the steel industry, in particular.

Thanks to a strong demand, Saarstahl AG commenced the year 2017 with very good levels of capacity utilization in its facilities. An overall positive picture is emerging for 2017 with regard to the important client segments for the company – the automotive industry and general machinery. In this context, a slight upward trend in the demand for steel is to be expected in the product segments of wire rod and bar steel that are relevant for Saarstahl. The company expects solid development of volumes and good utilization of capacity and was able to increase sales prices at the beginning of the year.

The outlook continues to be subdued for Saarschmiede GmbH Freiformschmiede in 2017. The programme initiated in 2016 to realign production and sales and to reduce costs will largely have been completed in 2017. Saarschmiede expects the situation to stabilize in 2017 with an improvement in the turnover and results figures.

The Saarstahl Group will continue its strict cost-management in 2017 and make further efforts to increase earning power. The investments made are aimed at further optimizing processes such as the product quality and customer service. Compared with the previous year, the group expects higher sales, significantly improved turnover figures and a positive result.